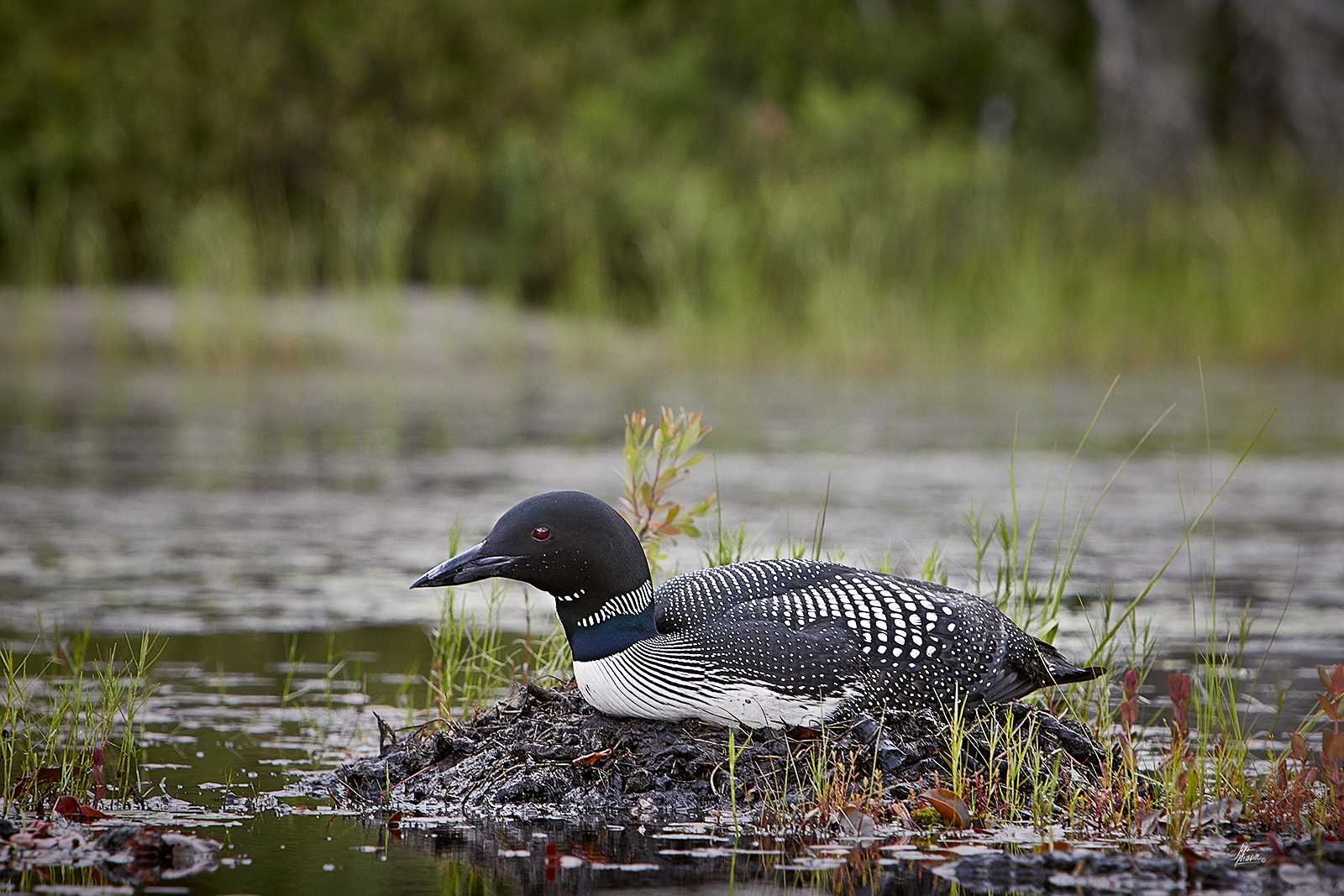 Tranquil and therapeutic are the two words that come to mind when I think of one of my favourite places. Of course, I’m talking about Ontario’s treasure; Algonquin Provincial Park.

We arrived Monday, just before 2 o’clock in the afternoon. The wind had picked up a bit, and we could see small white caps rolling across the lake. Fortunately, we had already decided to employ the water taxi to take us to our campsite. We had arrived in time to catch one of the last runs of the day.

On a good day, it’s about a four-hour paddle to the north end of the lake. Five years ago, we had attempted to paddle our way to the campsite. That time the wind was even brisker, and the waves were nearing 2 feet. It had started to rain, and we were forced to seek refuge on an island. We never did make it to our destination.

That wasn’t going to happen this time.

Yet, as the water-taxi pulled away from the dock, we had visions of deja-vu. Not yet out of the harbour, the rains started. We were quickly soaked to the skin during the 20-minute ride to the north end of the lake. At times it felt like we were being pelted with hail. Only when the boat pulled into the campsite did the rain stop.

Not knowing when the next round of moisture might pay us a visit, we quickly set about establishing our home away from home. With the tent and tarp set up and the gear unpacked, we set about in search of dry firewood. I seem to recall doing this very same thing for much of our previous trip five years ago.

Just days before things were so dry there was a fire ban in all of Algonquin Provincial Park. Now you couldn’t find a stick of dry wood. We finally got enough kindling and semi-dry wood to get a small fire going.

After a meal cooked over the fire and a little internal fortification, it was off to bed. We were looking forward to exploring the neighbourhood from our kayaks the next morning, and I wanted to get an early start.

Up at the crack of dawn, we had a quick bowl of porridge and coffee for Reid and tea for me. It was time to load the kayaks and get them in the water. Let the exploring begin.

We were on the water for less than an hour when we came across at least three moose enjoying breakfast along the shore of the marsh area. As quickly and quietly as I could, I got the camera out. We must have still been a couple of hundred yards away. I had chosen yellow for the colour of my kayak, figuring if I was ever in trouble on the water, it would be easy to spot. I call it my “Banana Boat.” Little did I think that making it easy to spot also meant it was easy for the wildlife to see. This made it even more impossible to get closer, but I was pleased with the images I could get. 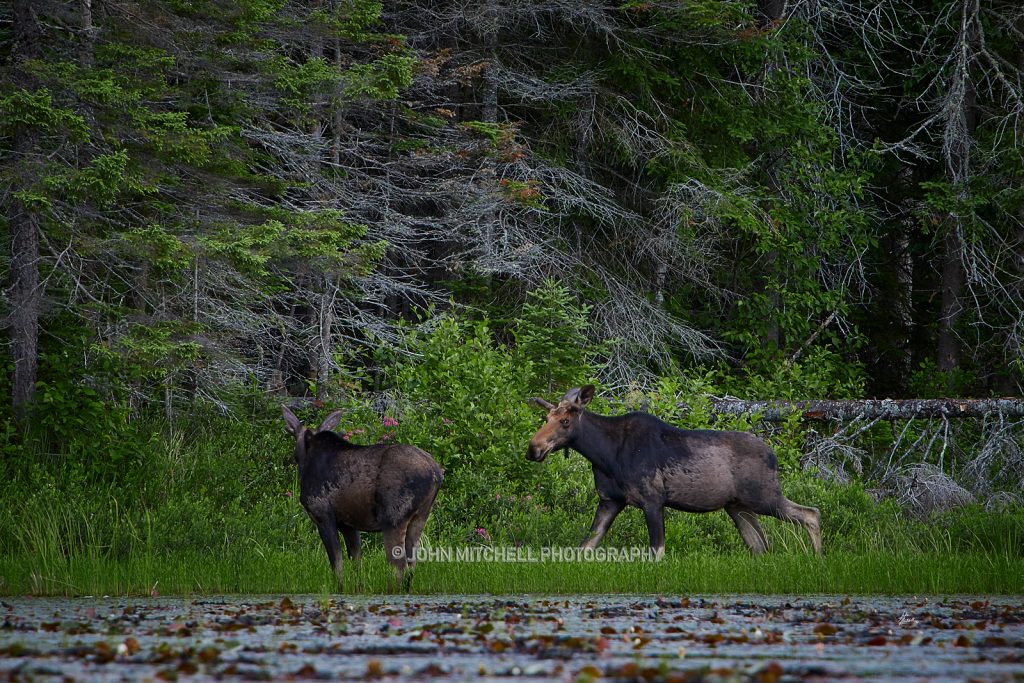 We didn’t travel much further into the marsh until we came across a small strip of mud protruding above the water. Sitting on the highest part of the land was a loon faithfully nesting her next generation. 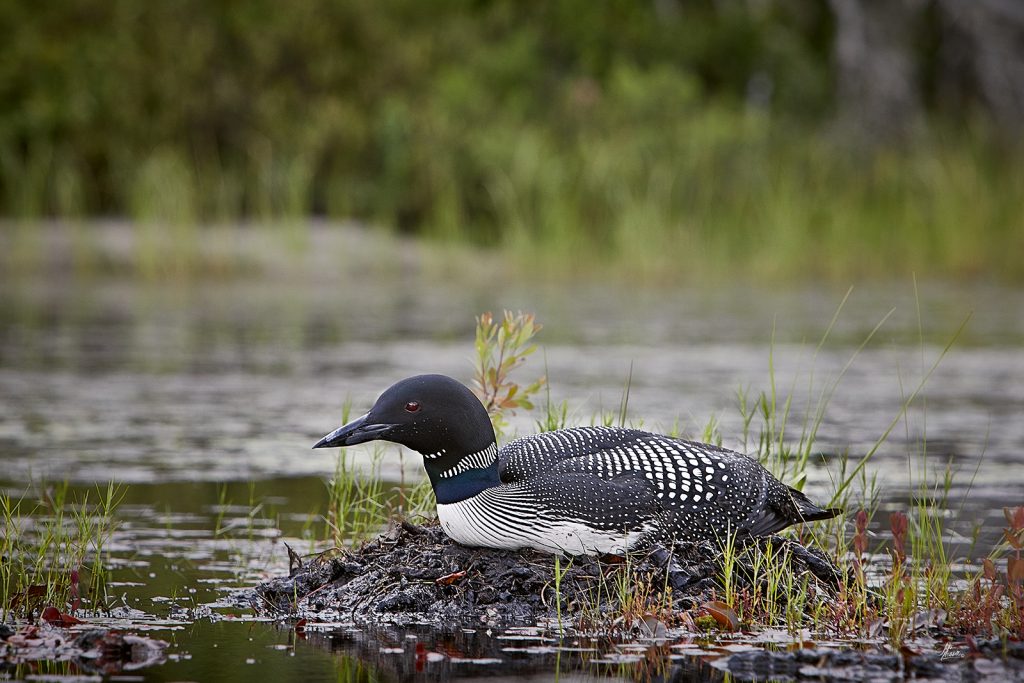 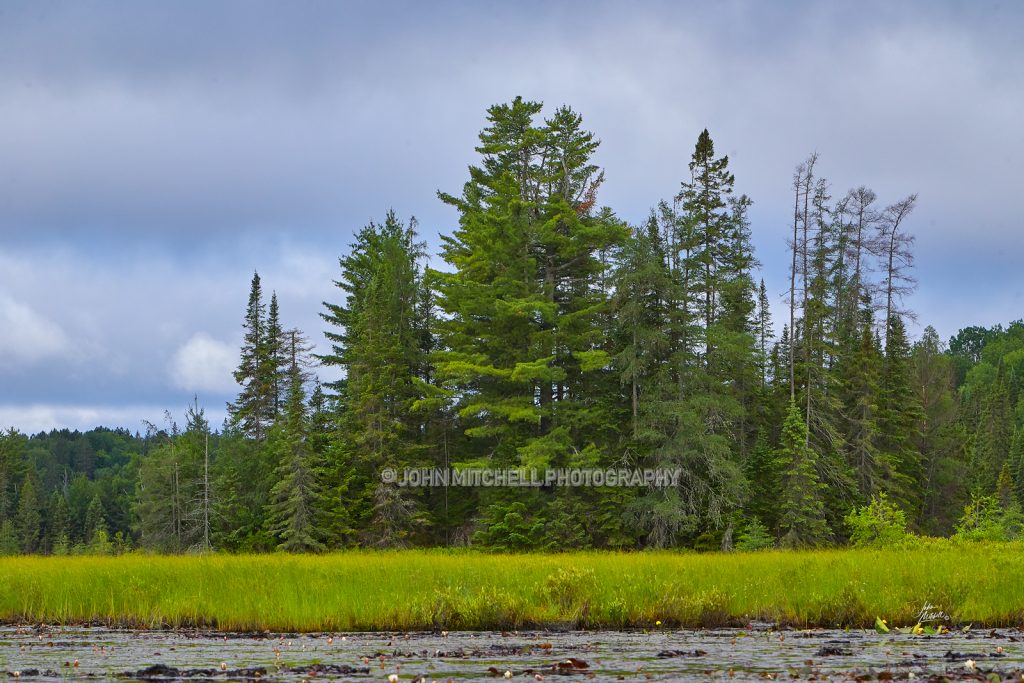 The majority of the area we paddled during the rest of our outing was made up of marshland where there was no place to land our kayaks. During this portion of the day, we passed a half dozen large beaver lodges. Seeing these up close was indeed an educational thrill. 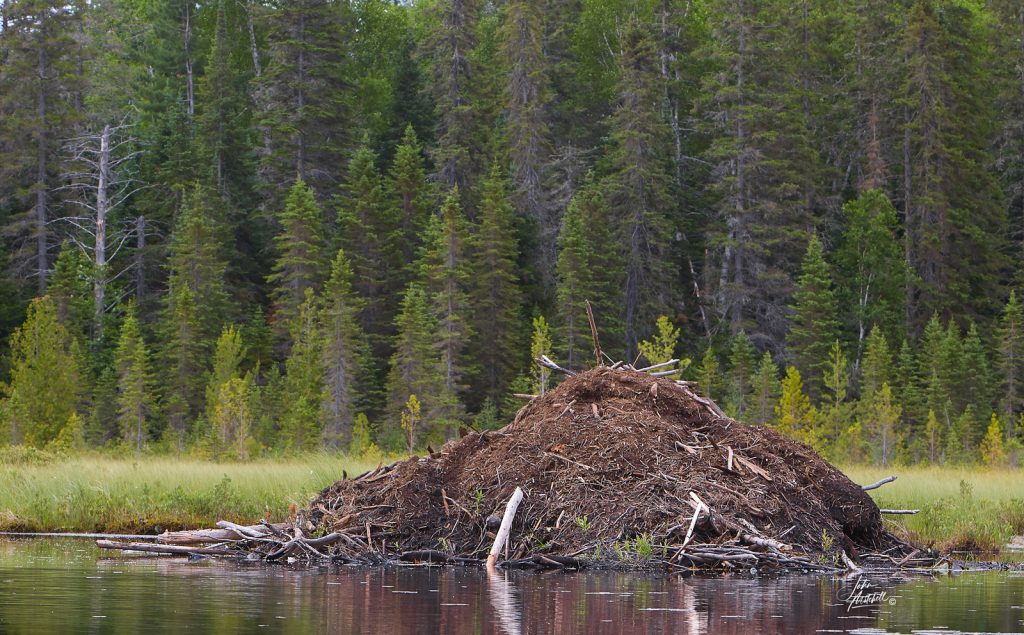 Having carefully picked our way through narrow passages between weeds and water lilies, Reid and I decided it was time to turn around and head back to our campsite.

On our return trip, we were entertained by a wood duck and her young. Every time we got too close, mother duck would shunt her brewed into the weedy marsh. Then she would pretend to fly with a broken wing, skimming the surface of the water, making a heck of a splash, and drawing our attention away from her babies. Mom would eventually rejoin her young, only to repeat the entire act every time she felt we were getting too close.

As Reid and I left the marsh area, we came across another group of 5 moose feeding on the far side of the marsh, but they were too far away for me to even try and photograph.

Although our trip was cut short, and we headed home Wednesday morning, the rejuvenating impact of time spent in mother nature was not diminished in the least. 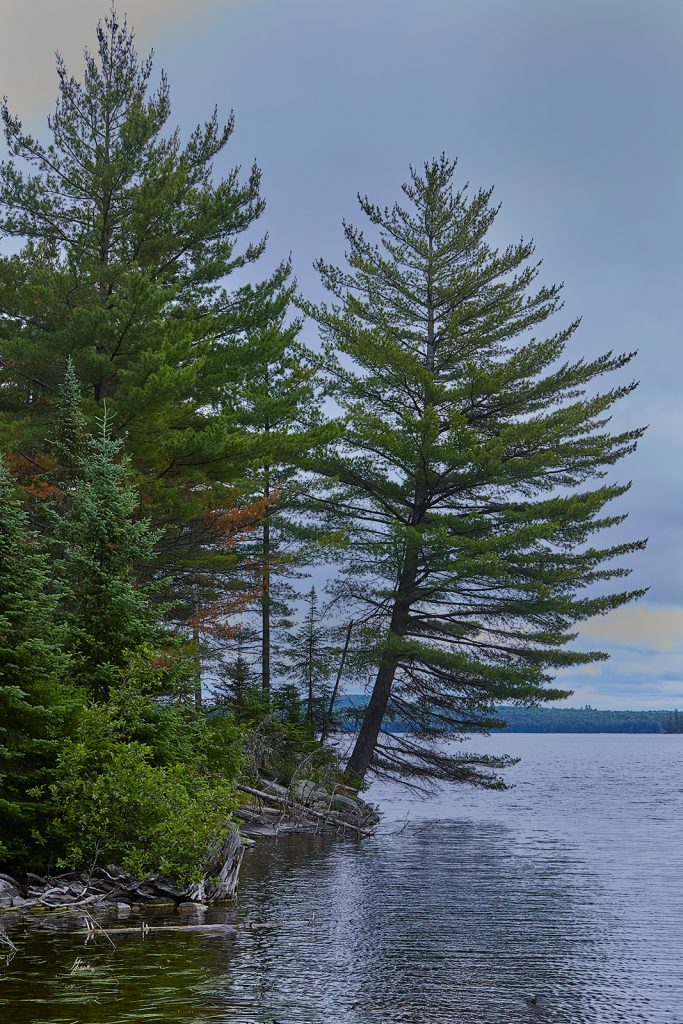 I am looking forward to my next adventures in the magnificent Algonquin Provincial Park.

There’s a time and a place for i-phone photos.