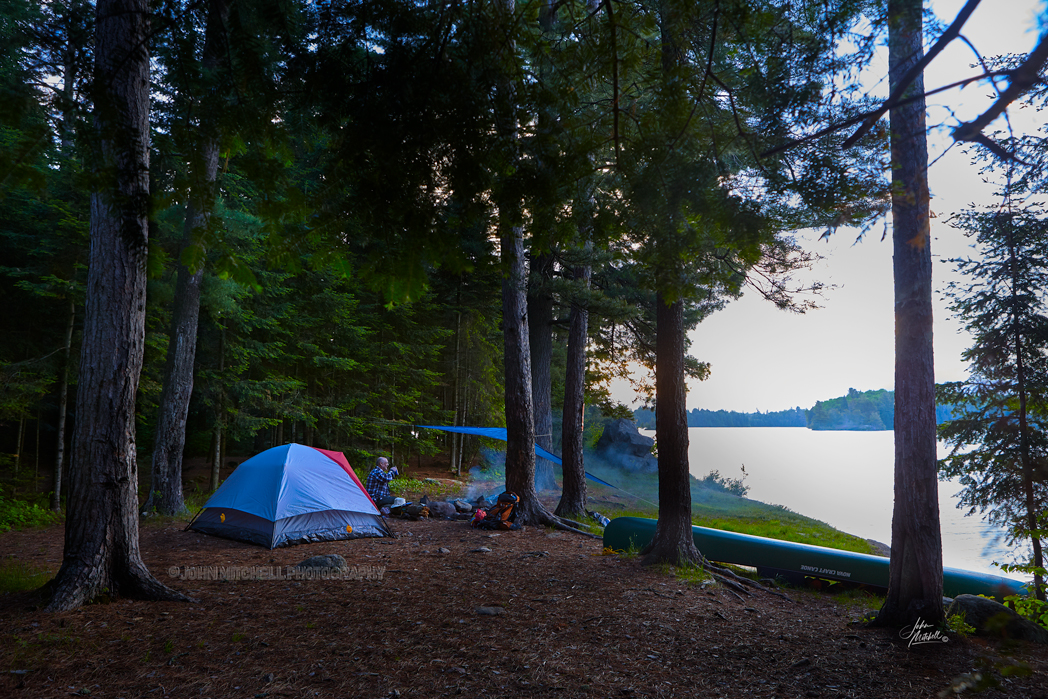 This is more accurately a portrait without objection than a “portrait by invitation.”

My friend Reid and I were in Algonquin Park. One of us had recently turned 65, and the other was a few short months away from that milestone. Neither one of us had done any canoeing in probably 20 plus years. But that didn’t stop us. With 130 years of experience between us, we thought it was a good idea to go interior camping on Lake Opeongo. Not just any campsite but the most northerly one on the lake, where we would spend 4-5 days canoeing, exploring, and photographing Hailstorm Creek.

There was just one problem: Mother Nature had other plans.

We made it as far as a small island in the narrow where the North and South Arms of Lake Opeongo meet. And that was where we spent our entire camping adventure.

It rained. The wind blew. The water was choppy. It was cold – see your breath cold, and this was the first week of June – 2016.

I said the island was small –  it was walking the entire circumference in 5 minutes small.

Reid looked after most of the cooking. We shared in gathering firewood and doing our best to keep the fire burning. We needed heat.

I had just completed one of my walks around the island, stretching the five minutes into a half-hour by taking my camera and stopping to take more photographs of stuff I had probably already photographed. 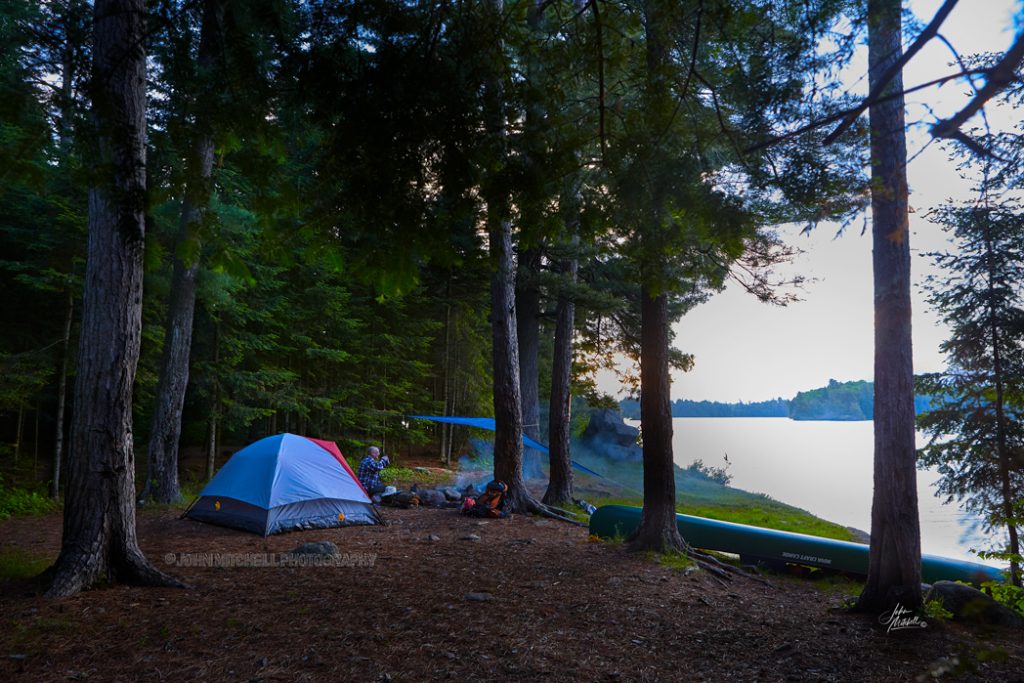 Reid was sitting by the fire. A cup of tea in his hand. The lighting was soft as a result of the overcast sky. Combine that with the strong reflector provided by Opeongo Lake and the directional shaping from rocks and trees, and – well, I couldn’t have set it much better if I had been in the studio.

I called over to him as I reached the campsite and saw the portrait opportunity in front of me. A simple instruction that made him laugh; “DON’T MOVE!” Anyone who has sat in front of my camera has heard that command at least once. It’s that special moment when everything comes together very quickly and the client | subject is relaxed and has let their guard down just enough that their personality has spilled forward.

My introduction to Achray