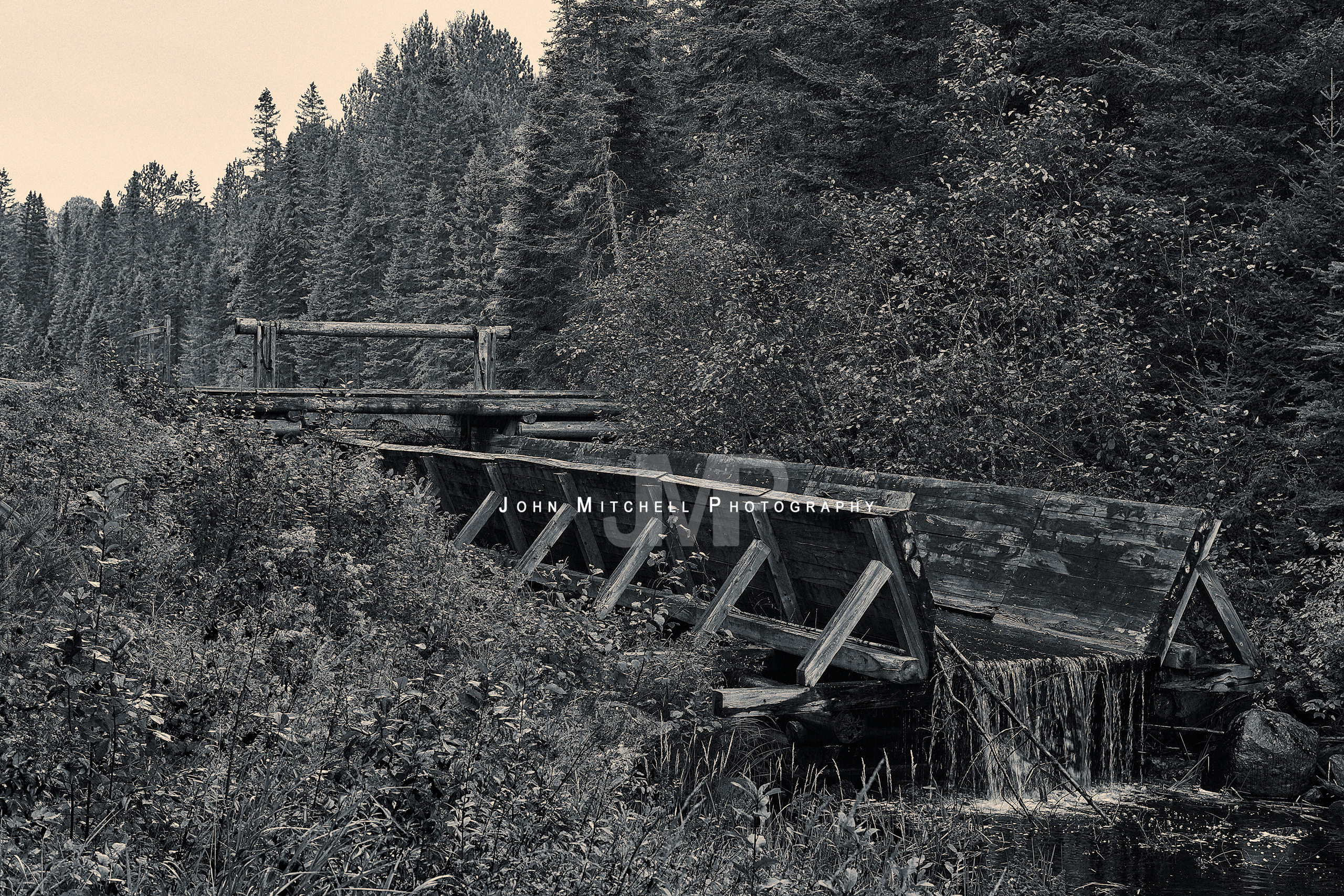 Where the waterways weren't enough they helped mother nature with the construction of log slides.

When the British discovered the area that is now Algonquin Park, they thought there was enough lumber to last 700 years. Yet, they managed to clear cut and destroy that area in just 70 years. Remember, at the time Algonquin Park did not exist. Neither did Canada for that matter.

On my most recent trip to Algonquin Park I walked the accessible Lumber Museum trail.  (The other accessible trail in the park is Spruce Bog .) Many of you may have already investigated this site but if you haven’t, you really owe it to yourself to make the trip. Be sure to take the children and grand-children and spend some quality time because this really is an educational outing.

You can begin by watching this video.

Trees harvested in those early years were sent to England. Round trees are going to roll around in the hull of a ship that is being tossed in the waves of the Atlantic Ocean. To prevent catastrophic damage the logs had to be squared.

I’m getting ahead of my self.

The waterways of Algonquin were paramount to the success of the logging industry as they relied on these lakes and rivers to move the logs to market. Over the years boats were introduced to move the log jams. 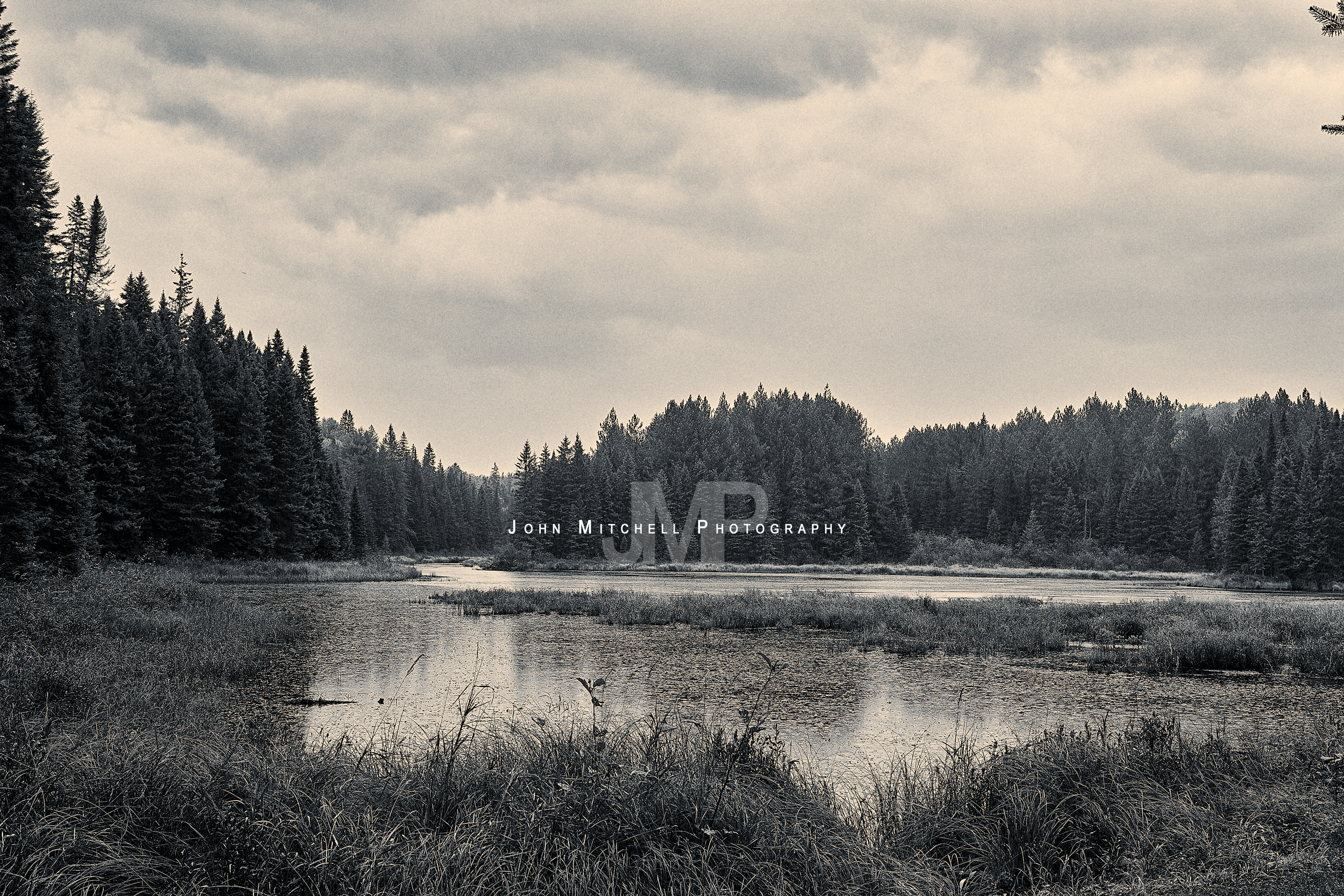 Harvesting the trees of Algonquin Park might not be something we want to see. Just as we probably wouldn’t like sausage if we saw the way it was made, we might think logging is a cruel treatment of this glorio9us park. But in truth, it is the healthy management of the forests, including harvesting mature trees that makes room for new growth. In this way Algonquin will be there for our children and grand-children.

Pictures in the rain – Day 3