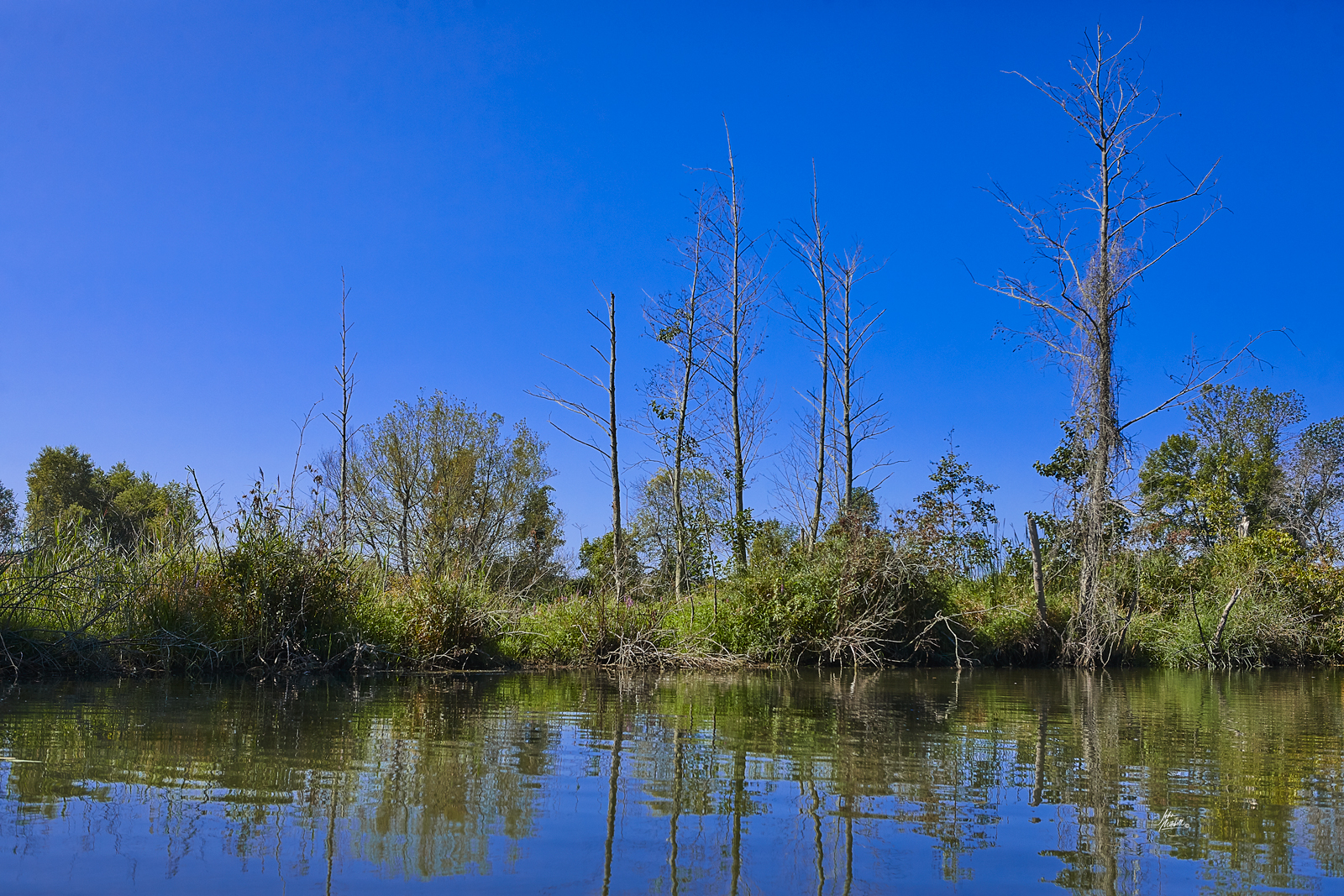 I had not heard of Big Creek until last year, and then I kept hearing how it’s the best place to kayak and canoe. There’s so much to see; birds, animals, and scenery.

Googling it, I discovered it is near Long Point. Its mouth is a sanctuary with tributaries going in every direction, and it is easy to get lost.

The other option is to paddle upstream, and the best place to put in is someplace called Port Royal. There is free parking there, and the launch | landing area is covered in burlap and very manageable.

We set the date for discovering Big Creek; September 2nd.

I talked to friends with experience, seeking out their wisdom on how to tackle “The Big Creek.” They said, “don’t put in at the 2nd Concession; the banks are steep and slippery. You could paddle up and back,” they told me. “Start at Port Royal, and you could probably make it to the 3rd Concession and, the return trip is downstream, so it’s a cinch. The other option is to just put in at the 3rd Concession if you have two vehicles and go downstream to Port Royal.”

Choices. Too many choices.

We decided to meet in Port Rowan at 10 a.m. the morning of September 2nd, and there decide on what we were going to do.  Who’s the “we?” My friend Reid and I, that’s who.

The decision was made to put in at Port Royal, paddle upstream until we had had enough, and then cruise back down to where we were leaving the vehicles.

We were off to Port Royal, where we were pleasantly surprised; the rumours were all true. There was free parking, and the launch was actually quite easy. We launched and headed upstream against the current. It was a slow lazy river paddle with some great scenery.  I didn’t see any signs telling us where to go, but they spared no effort at telling us where not to go. 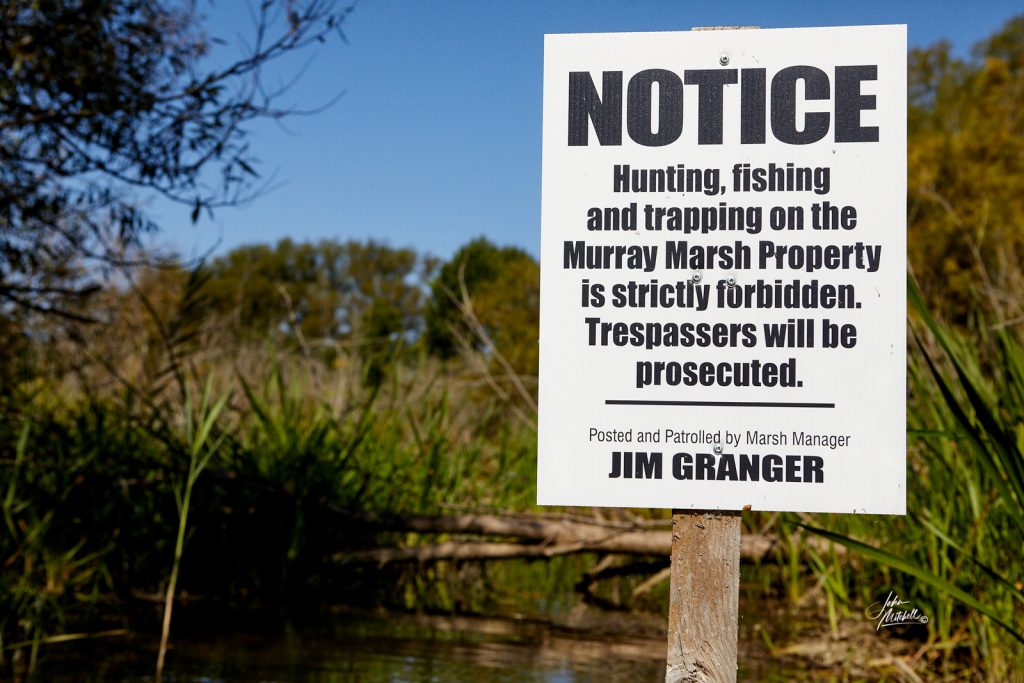 Big Creek is a “National Wildlife Area” (NWA) where they are protecting and studying a variety of endangered species, species at risk, and species of interest. They certainly don’t want anyone upsetting these animals. 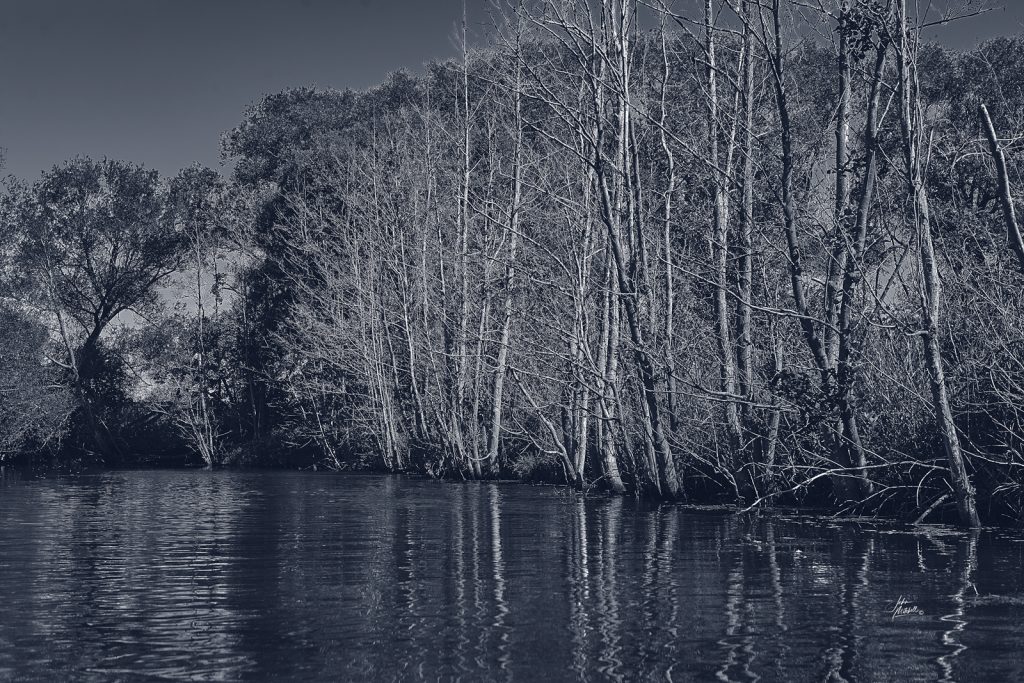 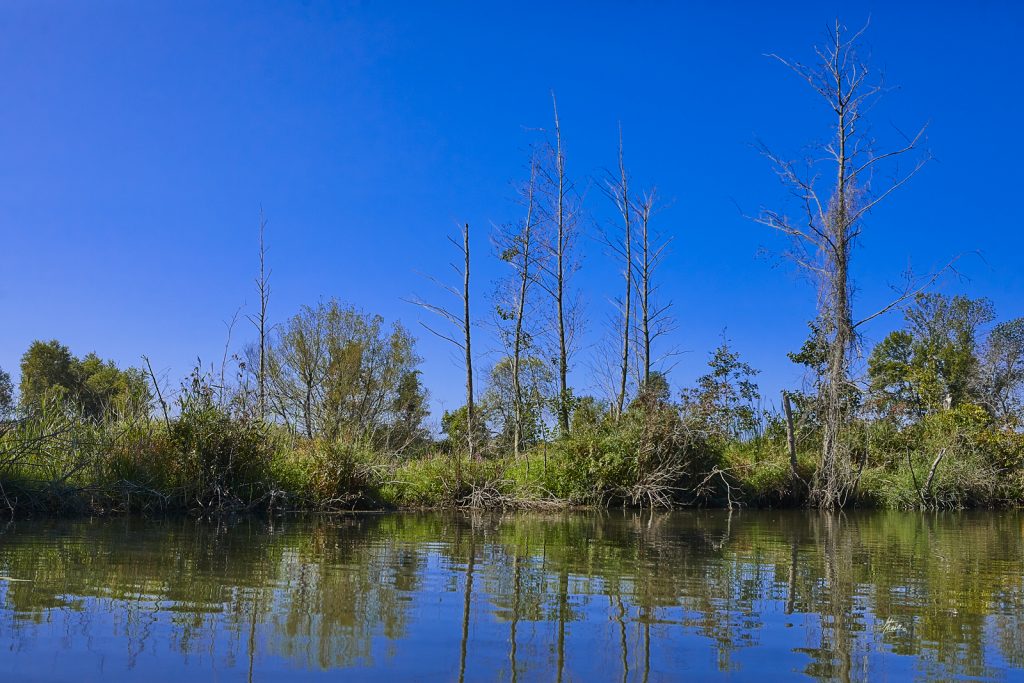 Even though it was an easy “lazy river” paddle, it seemed we paddled forever before we came to the first concession. Right away, I noticed a difference. The creek started to narrow, and as it narrowed, the same amount of water was moving between the creek banks. This faster current made paddling more challenging and more strenuous. To add to that, there were more downed trees and hazards in the water, requiring us to pick our course more carefully and deliberately. 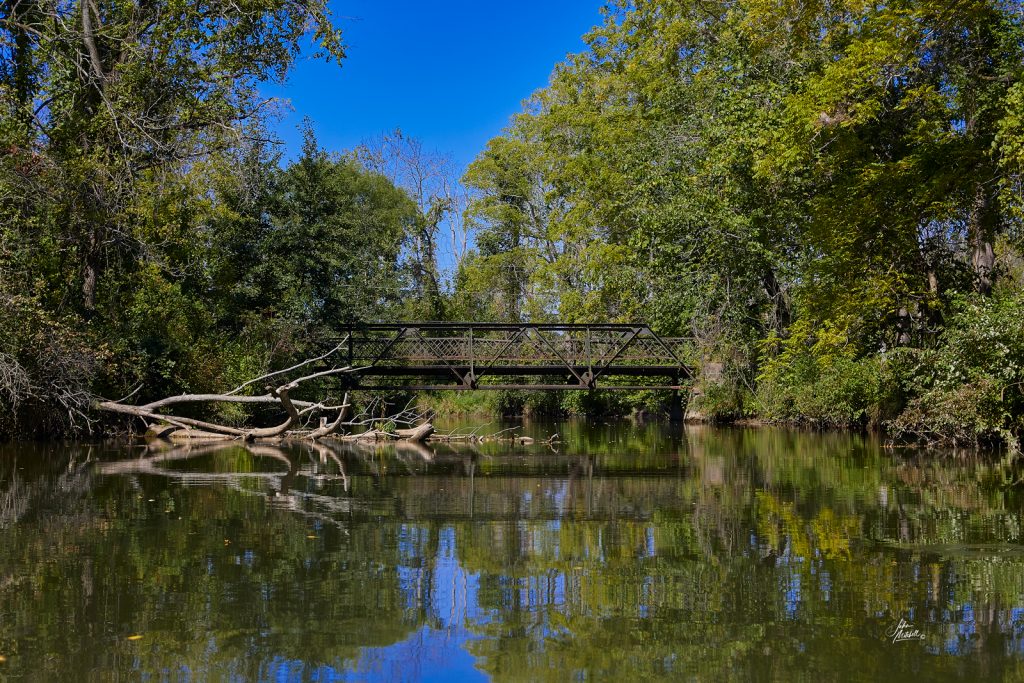 We were hungry and began looking for a place to land our kayaks, stretch our legs, and eat lunch. From this journey, I learned you don’t pack a lunch. You take snacks that you can eat from your seat in the kayak, even if your bum is getting sore.

At the 2nd Concession…

Oh, they were right. The banks were muddy. Quickly disappearing paddle blades muddy. And steep. No flat place to land the nose of the kayak and climb out. Getting out would be a step up, followed by sinking into the mud.

We paddled on, but only for a very short distance. Like Concession One, the creek narrowed even further, and the current sped up accordingly. It was time to turn around and head back from whence we had come. 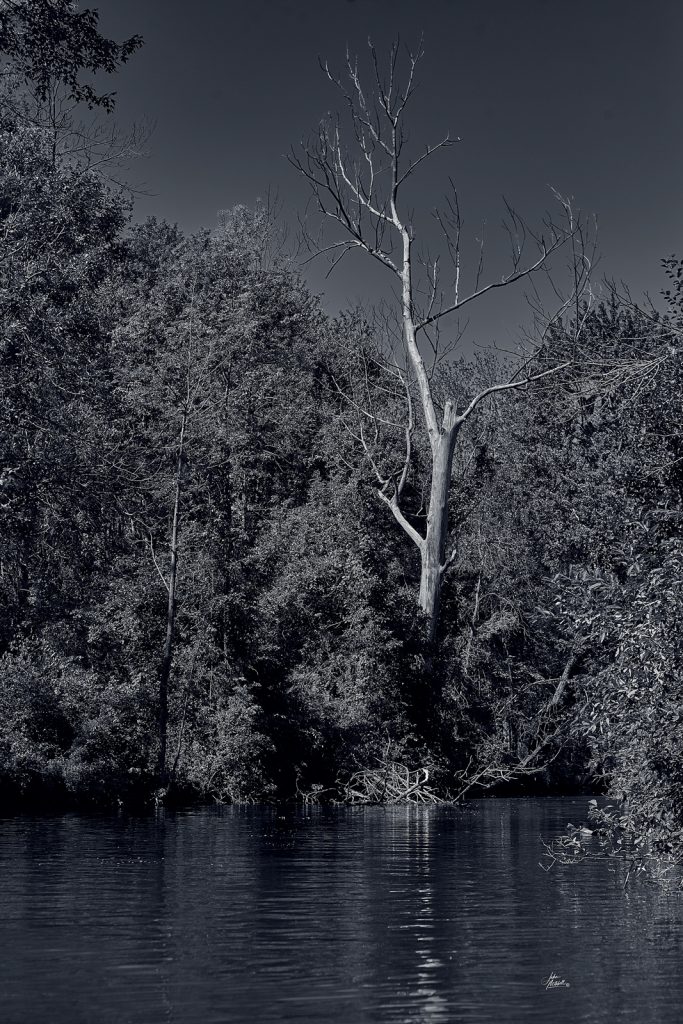 The journey downstream had its own challenges, but these two old farts persevered, eventually returning to our starting point in Port Royal and our vehicles. Along the way, we were presented with evidence that good and kind people still exist.

I haven’t been back in the kayak since. I’m saving energy to do battle with Algonquin Park. The adventures of the “banana boat” and the big park should make for some great reading in October. But what I’m really hoping for is the opportunity to show you some great images of my trip. 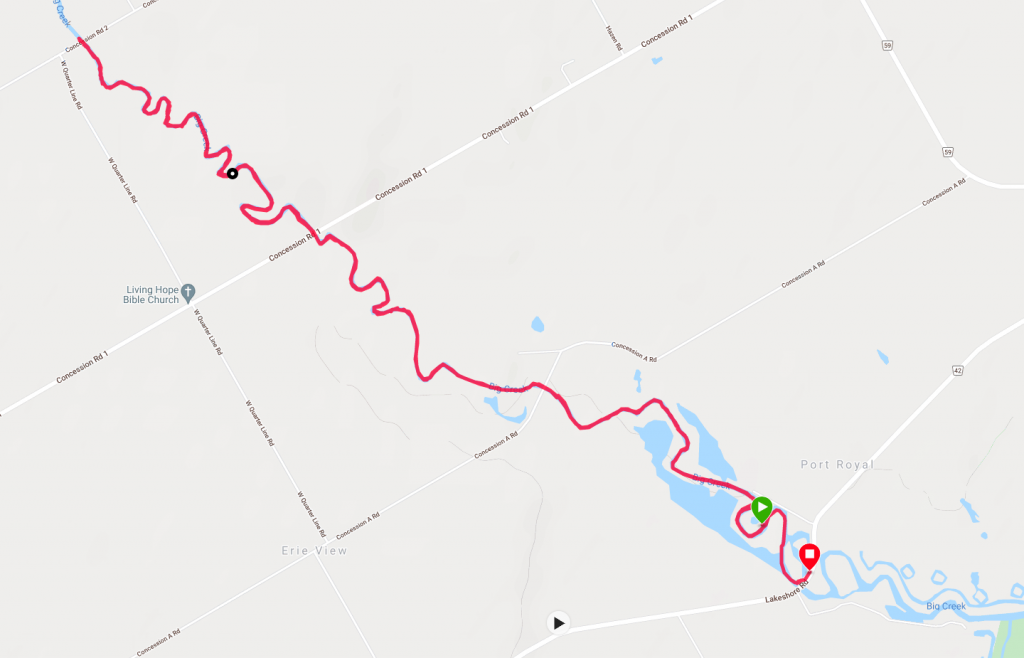