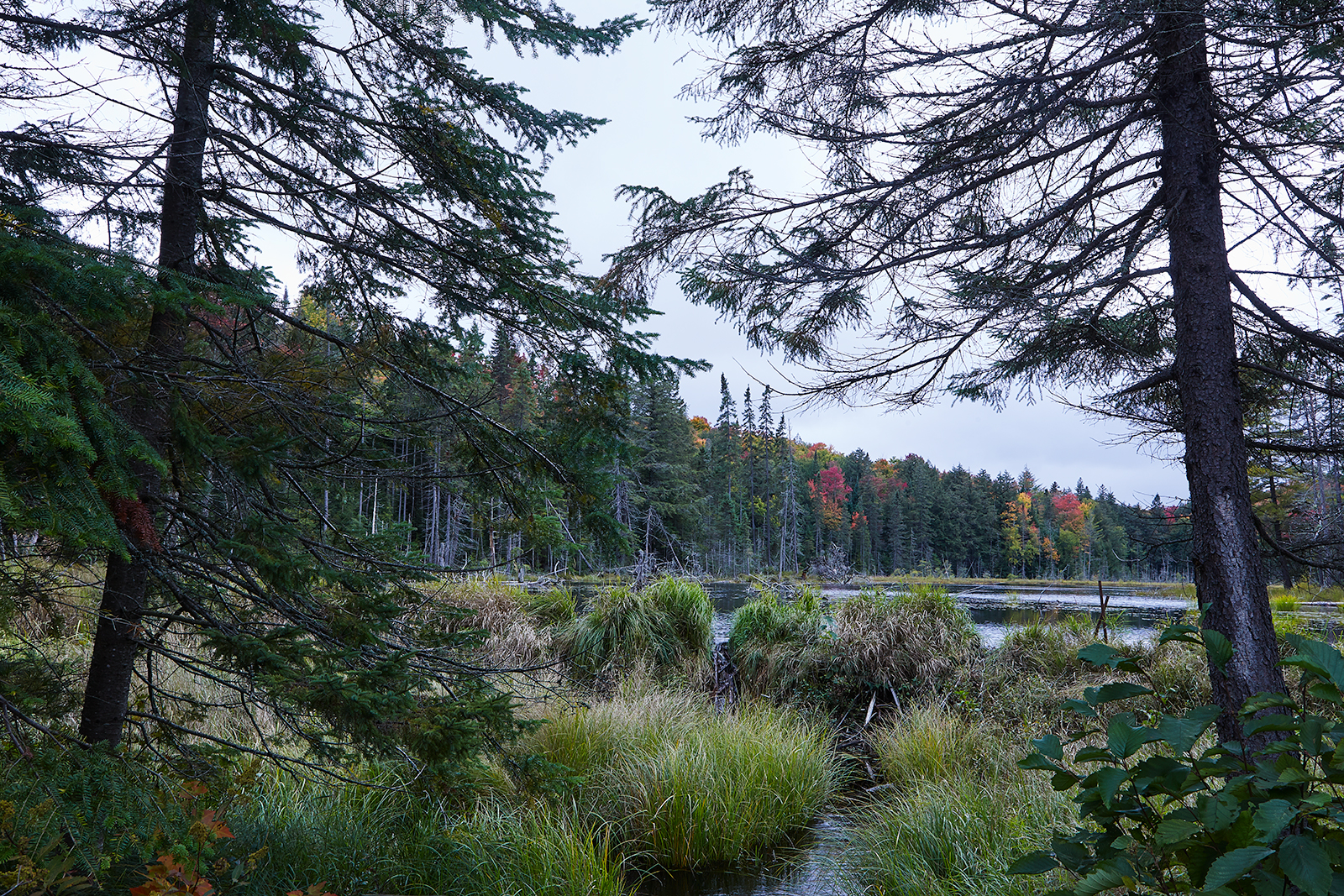 It was day four when the weather finally improved and I was able to take my kayak out.

My brother Larry decided to solo paddle his canoe and he was launched, on Lake of Two Rivers and had paddled out to the one island and partway back before I got launched. I paddled to meet him on the lake and he said he was going to paddle back in.

Knowing this I ventured off to the far side of the peninsula where I had taken some photographs the day before. Once around the peninsula, I discovered there was a flow of water into the lake at this point. The amount of rain had caused a considerable rise in the water level and areas where I might not have been able to paddle a few days ago now were quite accessible.

I wasn’t sure whether this was a river or creek that flowed into the lake. As is often the case when a flow of water meets a larger body of water like this, sedimentary deposits had divided the flow creating several access points. It was time to do a little exploring.

Paddling around I got caught in the occasional dead-end and had to back paddle my way out. I soon discovered the volume of rain not only resulted in higher water levels but in faster current as well. Whenever one of these little dead-ends met the main current I had to be very careful to not capsize and to not let the current twist me around or sweep me downstream.

On one of these “side trips” I came upon an old beaver lodge. At least I think it was old judging by the appearance of the wood. 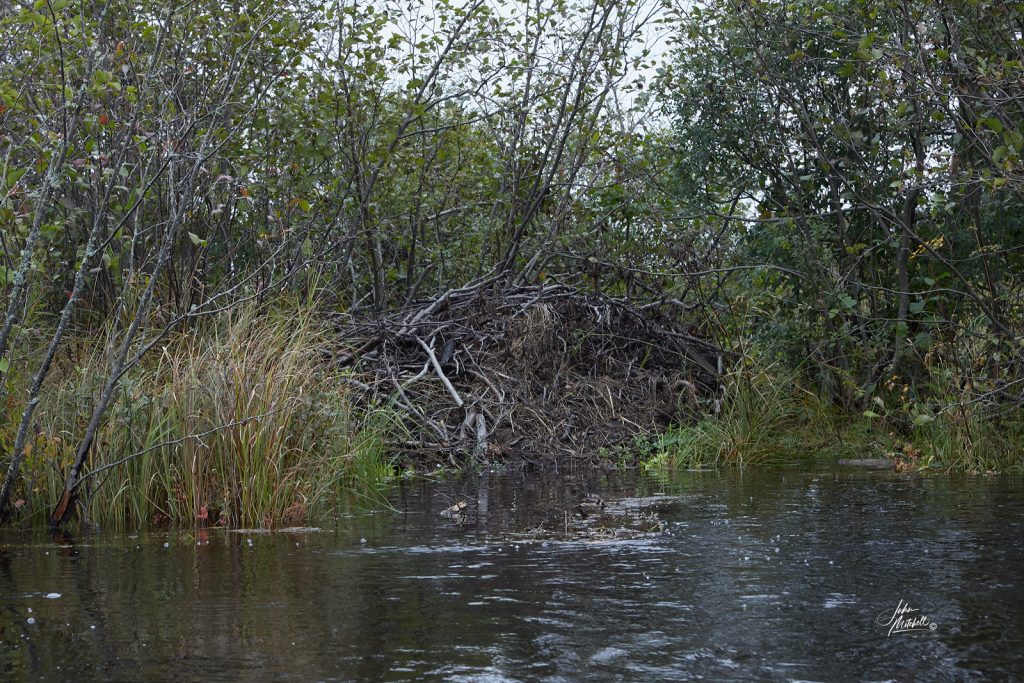 Paddling up the mainstream I was soon stopped by a fallen tree across my path. I didn’t see any easy way around it meaning getting out and portaging around it was the sensible choice. However, given the current water level and flow speed, that didn’t seem that sensible either. It was time to turn around.

The current pretty much carried me downstream, giving me plenty of opportunity to take in the scenery, and of course, time to take some pictures. On more than one occasion I had to turn around and paddle back upstream because the current had carried me too far downstream for the optimum view of what I wanted. 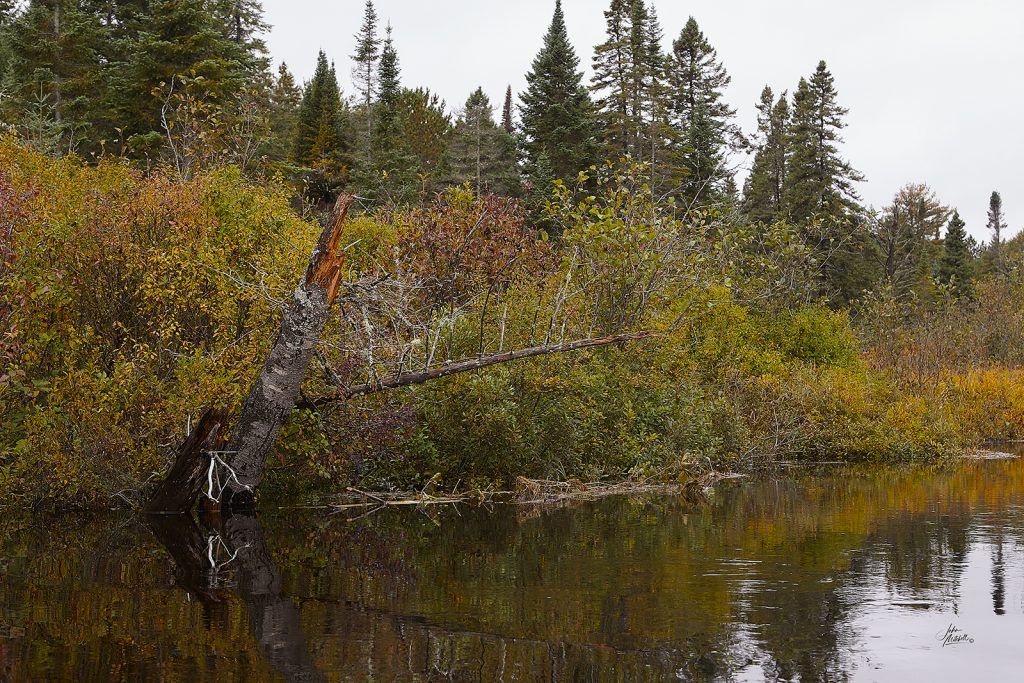 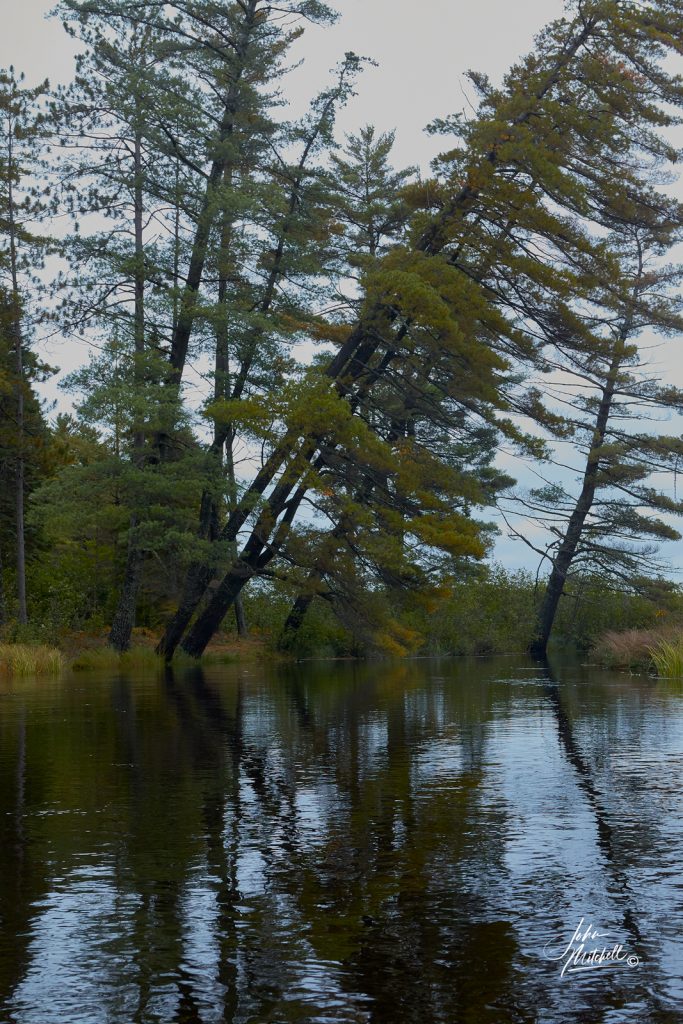 The advantage to being in a kayak is you get to see things from a very different and unique perspective. 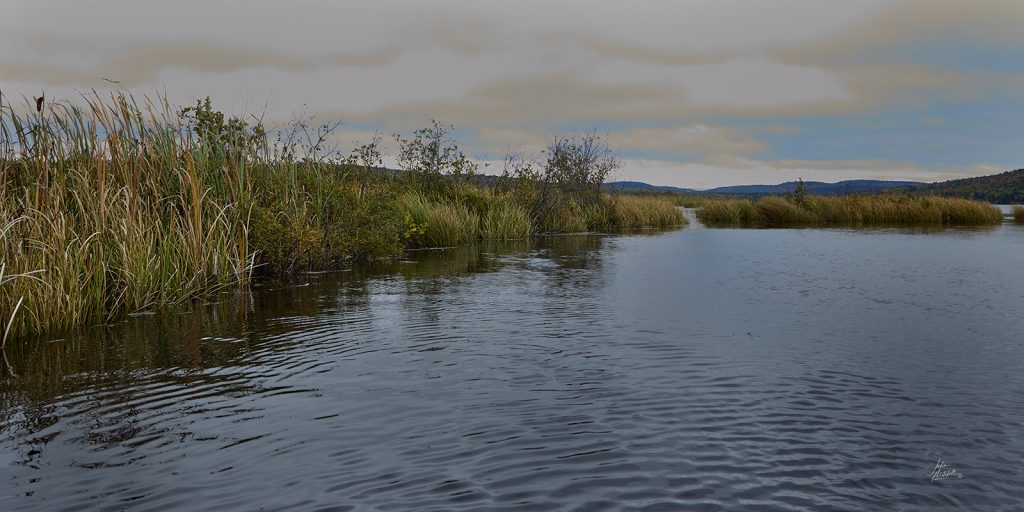 Back at the launch point, my objective was to run the bow of the kayak far enough up onto the sandy shore to allow me to climb out onto dry land. Several failed attempts finally convinced me that just wasn’t going to happen. After one charging paddle to shore I was convinced this was as close as I was going to get.  I still find disembarking one of the most difficult parts of kayaking. Lifting myself out of the cockpit I got one foot into the water. As the trailing foot came out of the boat it caught the edge of the cockpit, spinning me around, ending with me flat on my back in the lapping waves.

Everything put away and kayak back on the roof racks I headed back to the campsite and dry clothes.

With the weather gods shining down (through mostly cloud cover) I had to take advantage of this photo opportunity. (Photo – ops have a totally different meaning to photographers than they do to politicians.)

I decided to head to the east gate and some of the spots I had taken note of on the previous days. This time I got some amazing images. 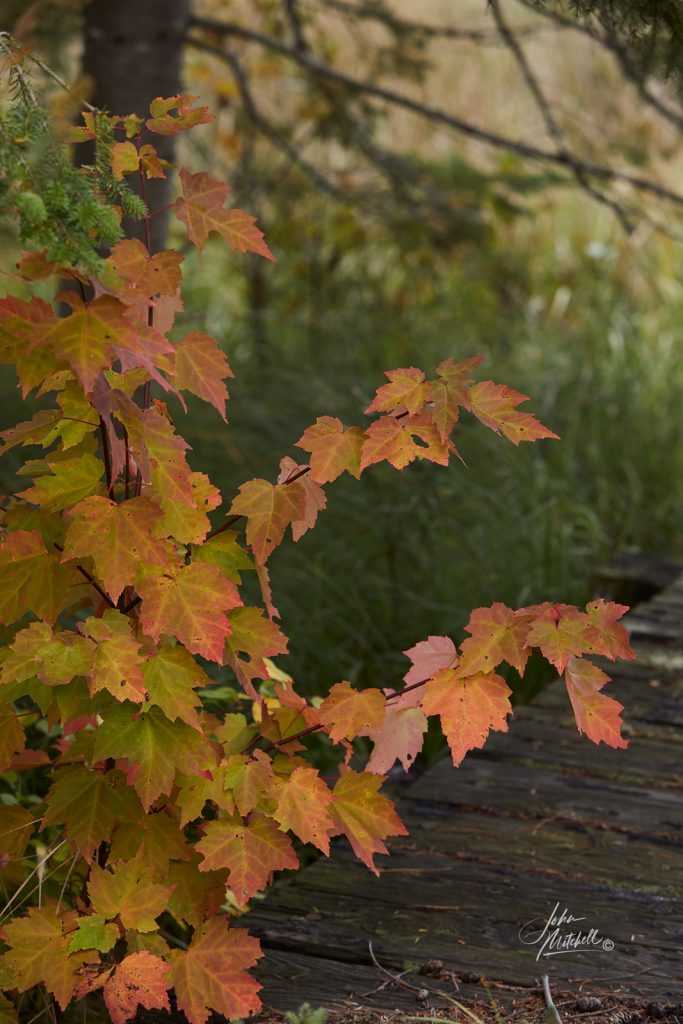 I chuckled on several occasions. On highway 60 in Algonquin Park when you see a car on the side of the road and one or more people with cameras there is only one question; “where’s the moose.” Several times 2 or 3 vehicles would stop and have a good look around before driving off. 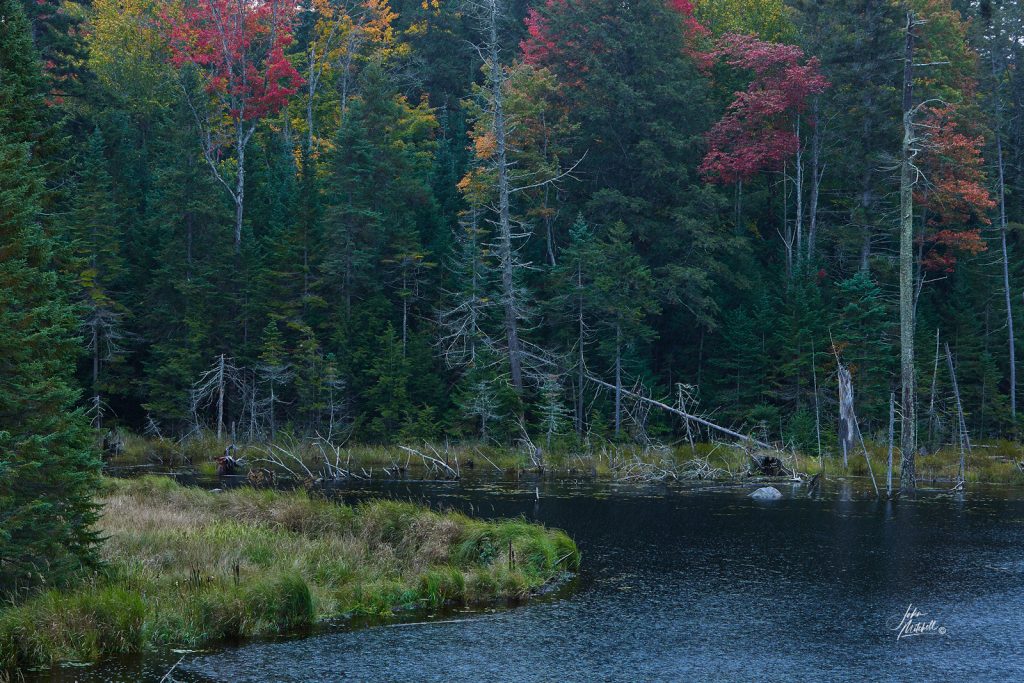 There are still seven more days to talk about. Some are much more eventful than others.

Seek and ye shall find?

Call in the wild