The rain creates a visual treasure of its own accord; unique and beautiful.

More rain overnight meant we arose to a day just like the previous one.

The dampness put a damper on the start of the day that meant the morning coffee lasted a little longer than usual and there was more time to enjoy a good book. Not a bad way to begin the day.

Then just like yesterday, there was an easing of the rain and I was able to venture out with my camera.

Just after arriving at the Lake of Two Rivers, I had noticed an area behind the parking lot on the beach. There was a little path through the brush where you had to push rain-drenched weeds to the side (and still get wet) to gain access to a piece of eye candy. 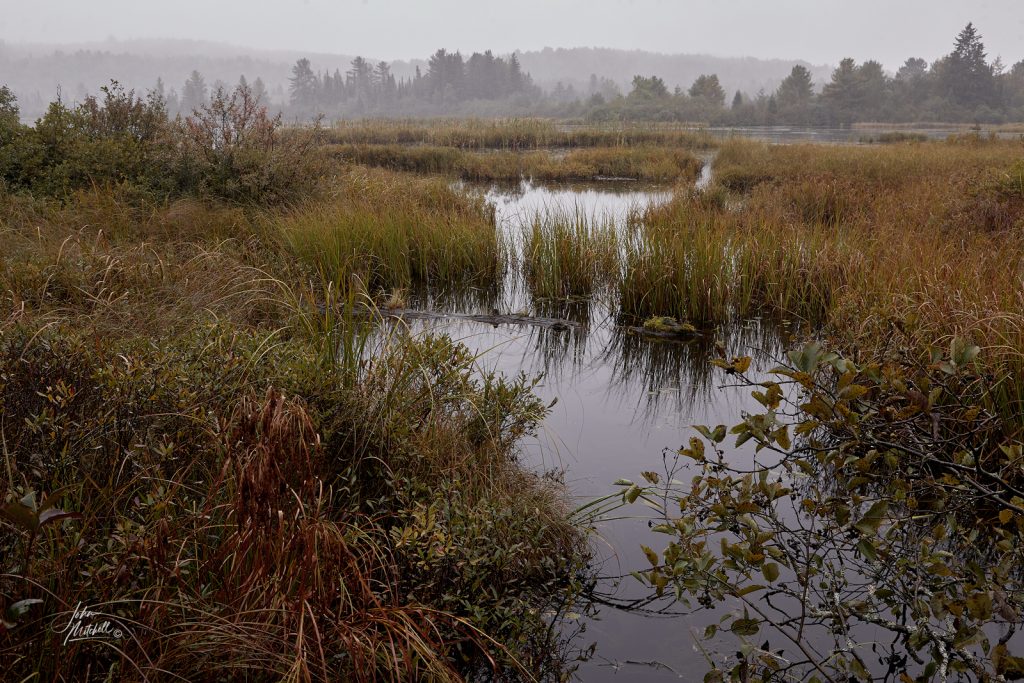 The mist on the lake created its own visual treasure on the other side of this little peninsula. 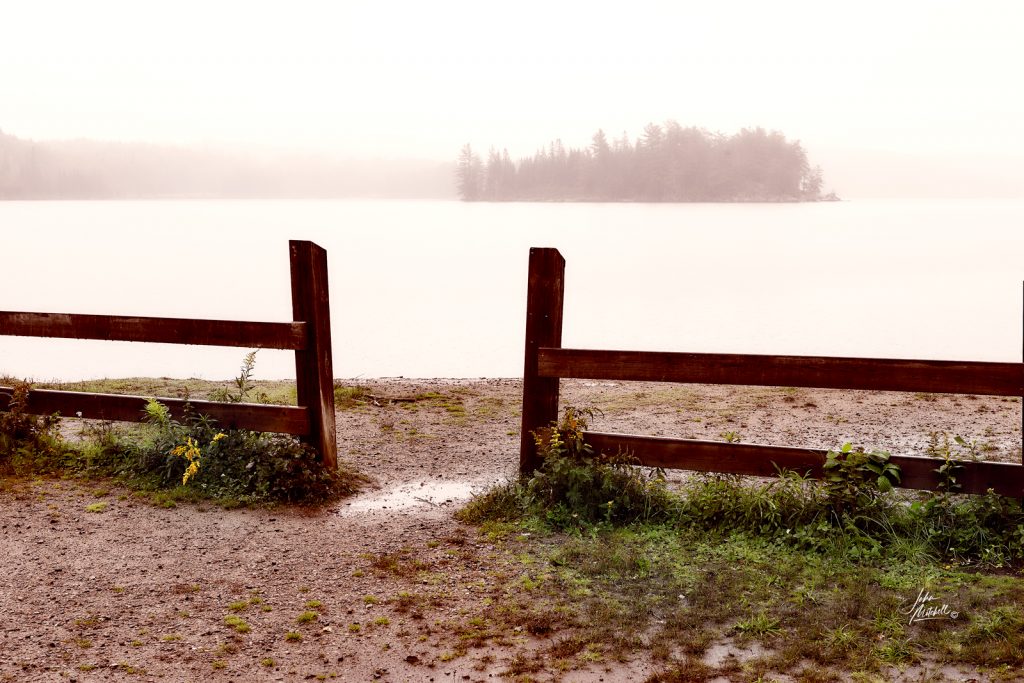 I then decided to go for a drive toward the east gate looking for opportunities to create images there. It turned out to be more like yesterday than I had hoped, as everytime I stepped out of the Suburu to catch a view in my camera, it rained harder. After I caught these two images I decided it was going to be another good day to bury my nose in my book. 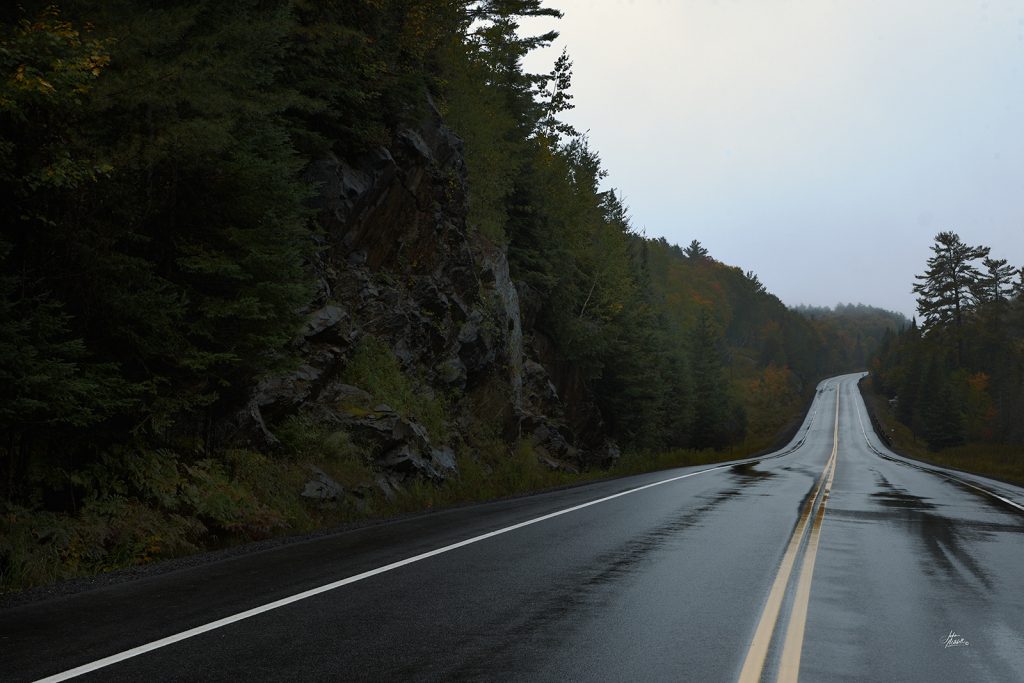 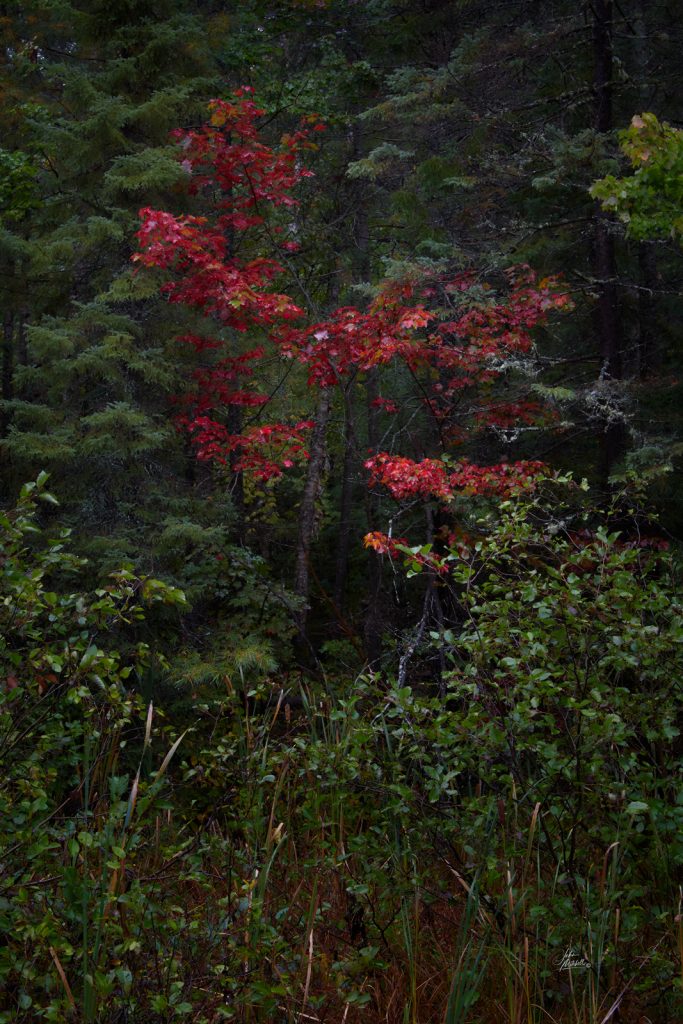 Luckily day four would bring forth a better day and a chance to put the kayak in something more than a puddle. I’ll tell you all about it in the next post.

Pictures without the rain – Day 4