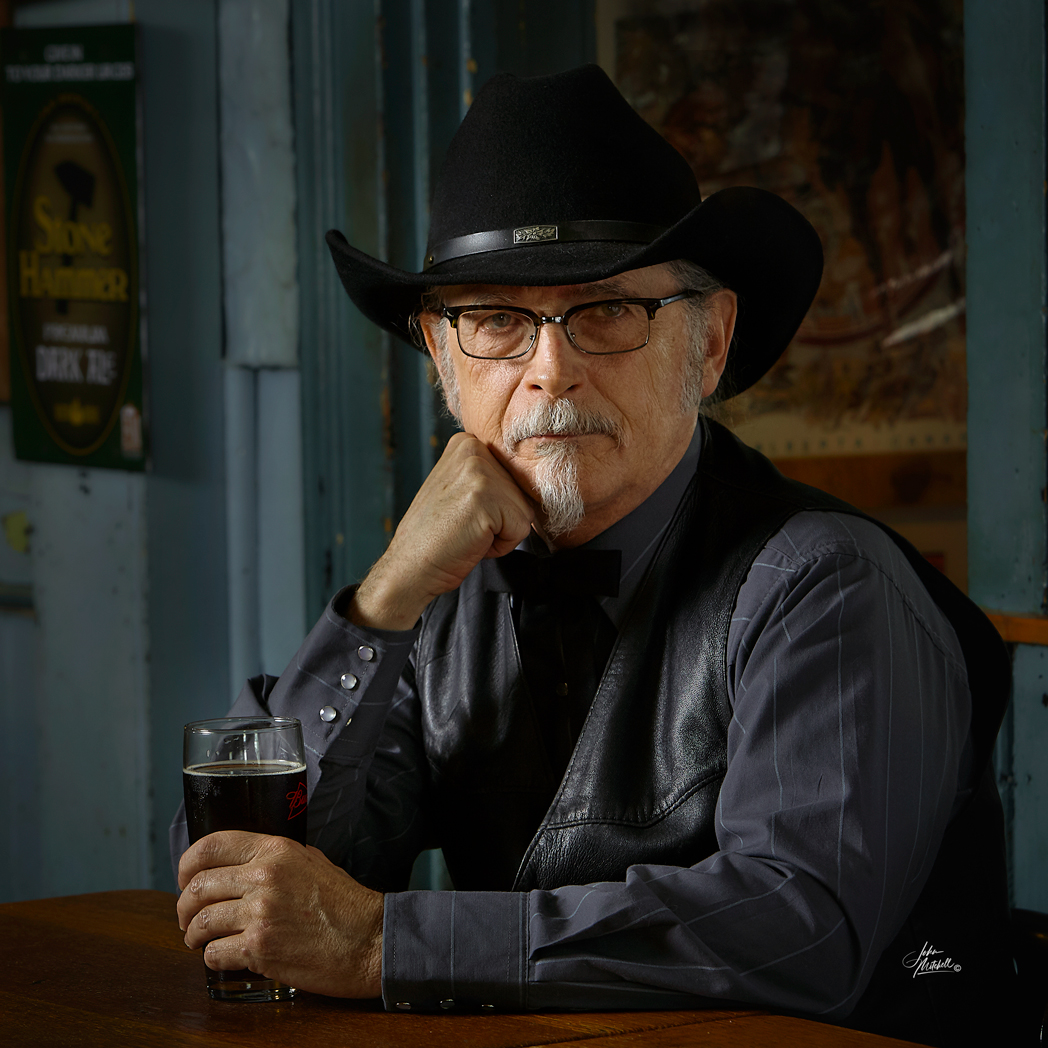 A “Portrait by Invitation” is just as the name suggests a portrait where the subject was invited to sit for the picture.

In this earlier blog post I talked about Rembrandt’s trend of creating self portraits and painting people he chose, rather than focusing on commissions. Yes he did commissions. After all, like the rest of us he had bills to pay. But, how do you grow your talent and trade if you are always creating to satisfy the client’s expectations. Sometimes you have to push yourself to do more, to do better.

One of my earliest “Portraits by Invitation”, although I didn’t know that’s what they were then, was of Ted, AKA “The Colonel” (for obvious reasons). Ted had a face that I wanted to photograph. I knew him for the big pick up truck he drove, the Stetson he wore, and his colonel looking beard and mustache. Talking to Ted, he told me about the Maryhill Hotel and together we decided that is where I would photograph him.

I chose several different spots in the hotel dining room | bar. As usual, my first location was my favourite. The dark subtle background, the doorway for depth, the table. Let’s add a beer for storytelling.

Entering the print into competition with the Professional Photographers of Canada didn’t result in the accolades I wanted, but did fetch some excellent advice. I presented it as a horizontal image, thus showing more of the environment. The judges suggested a tighter crop would improve the image. Over the years, the image has remained one of my favourites. Recently I got it out, and took the advice given by the judges. I squared it up and brightened the face and this was the result 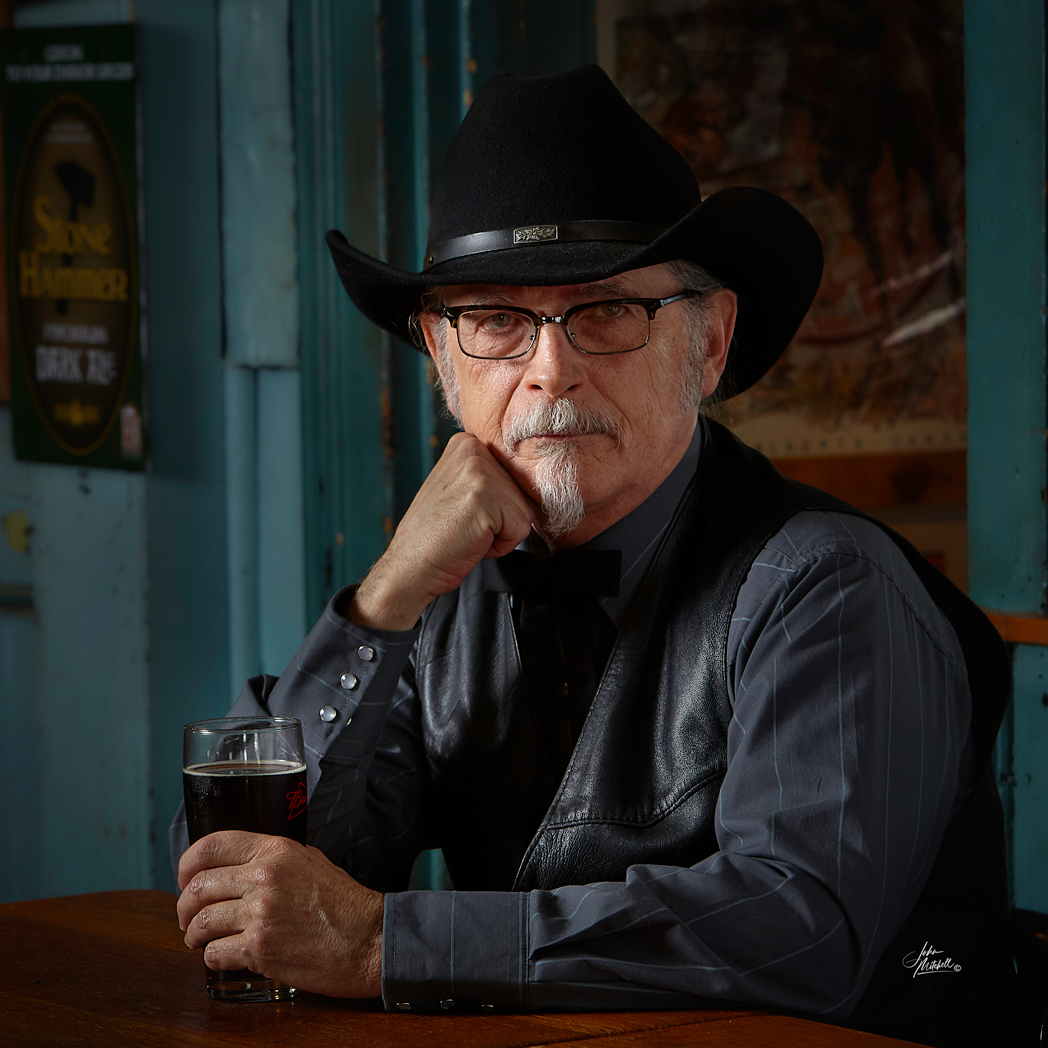 Then I went further using some of the latest techniques I have learned. I toned down the background and did some colour rendering which brought the skin tone to life and gave it a more realistic appearance. Now the picture is a fine art textured print in my newest samples.

Do you have suggestions or recommendations

Follow along. I will  post more images from my “portraits by invitation.”  I am also looking for new subjects that I would like to photograph. Do you have any suggestions? I will be looking for special relationships, interesting occupations and hobbies, as well as faces with the character of living.

The Astronomer – A portrait by invitation.