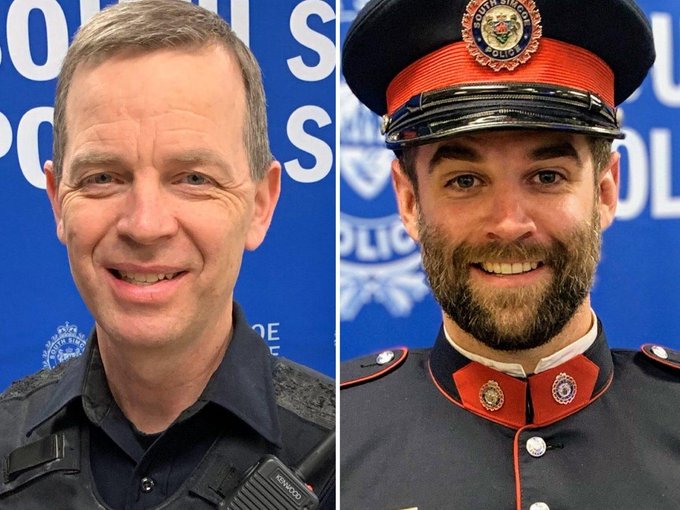 Who are the victims and who do you blame?

As I read this article from CBC News my immediate concern was for the grandparents of Chris Doncaster (the alleged shooter).  My first thought was I hope someone is looking after them. It is reported that the grandparents (Donna – 76 and Glen – 83) had a disagreement with their grandson that ended with them calling the police to have him removed from their residence, where he lived. How horrible for them. They called the police for help and because of that phone call, two police officers are dead. Their grandson is also deceased.

I am certain they must be suffering a huge emotional trauma and only hope someone is looking after their mental health at this very difficult time. There are too many victims here now; the officers, their families, their police family, the shooter, and the Innisfil community.

Reports coming out today indicate the shot officers were ambushed and didn’t have time to draw their weapons from their holsters. To the best of their knowledge, they were responding to a domestic dispute and there was no threat of violence or weapons.

The time has come to stop caterwauling to special interest groups and minorities and spending our hard-earned tax dollars on programs that serve the needs of the majority of taxpayers.

It is time to put the bleeding hearts to rest and give tough love a try.