I went out with the hopes of photographing this occasion, but unfortunately mother nature had other ideas. Although the view was clear the previous evening in our area, last night the clouds rolled in, but I was hopeful.

I chose my spot, on a hill in the country overlooking the Grand River valley. There were some trees in the foreground to offer some size space comparison and little ambient light to pollute my view. I arrived early enough to pick up my spot and set up my equipment. As I looked around I realized the beauty of the light (although there was very little of it) at this time of day. Some birch trees on a hill caught my attention and I knew I had at least a half hour to wait for the moon to appear.

I may as well make use of my time and tried some long exposure scenic photography of those birch trees. As the image appeared on the back of my camera I realized how they seemed to have an almost spooky glow to them. 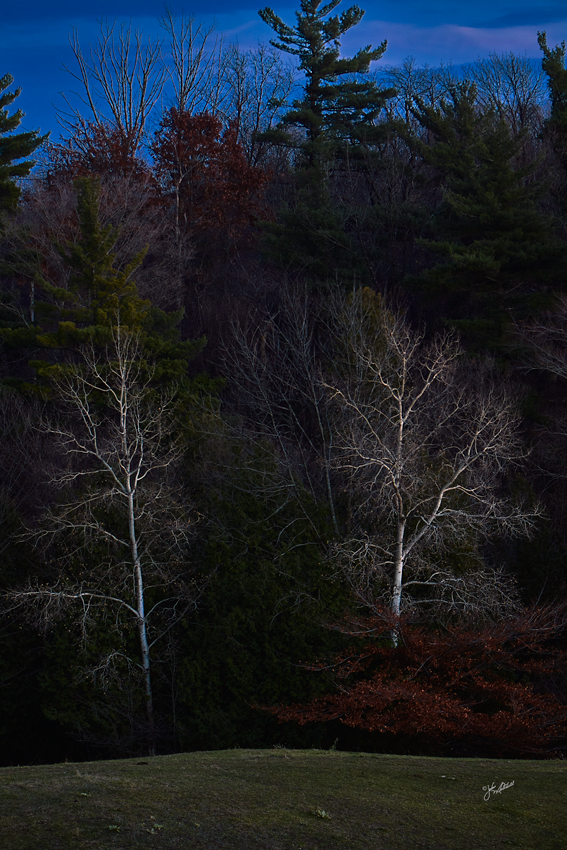 I checked with Google on my phone. Moonrise was supposed to be at 5:34 p.m. but I wasn’t seeing anything. I waited. Then there was a glow. Clouds were in the way, but I was hoping for a break. The glow grew brighter but was still obscured behind the clouds. The exposure was longer than I wanted because I didn’t have a clean shot at the moon, but you take what you can get. However, this too had its appeal with the way the clouds lit up. 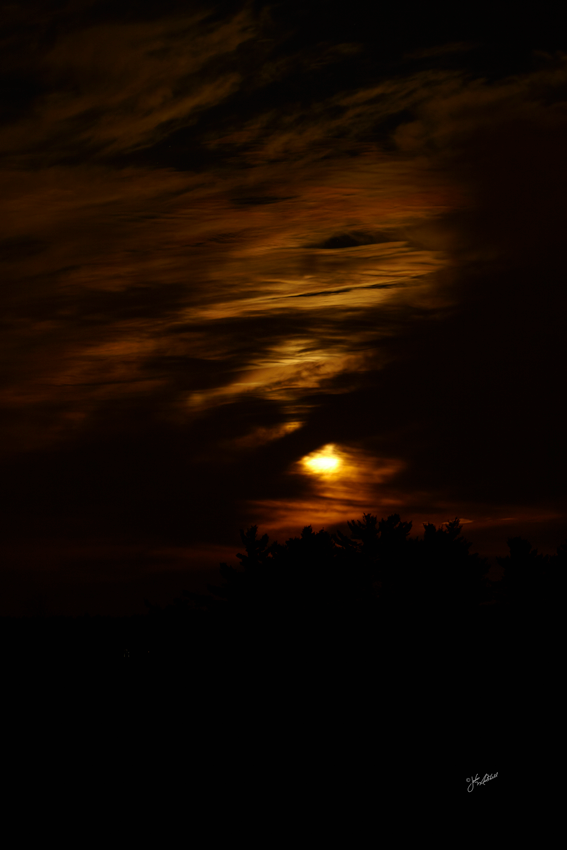 Peeking through the clouds

I could see some open space higher in the sky. It would mean the moon would not look as large as it would have appeared when on the horizon, but if it appeared in that opening with the resulting illumination of the surrounding clouds I just might have a desirable image after all. I waited but as the moon continued to climb the clouds continued to multiply. 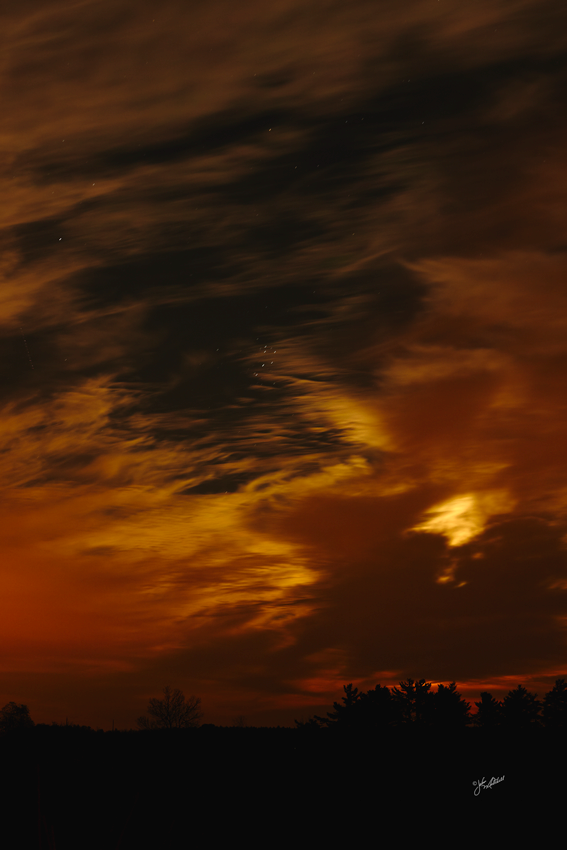 The clouds thickened and I faced the reality that I wasn’t going to get a clean shot at the super moon tonight. I packed the equipment and began my drive back into town. As I was driving down a country road I noticed the strong visual impact of the trees overhanging the roadway silhouetted against the brightness of the glow of the sky lit by the super moon. I pulled over, set up my equipment and for a brief moment had a hope that the moon would appear in a small opening. It was another opportunity that just didn’t develop, but the resulting image was still very interesting. 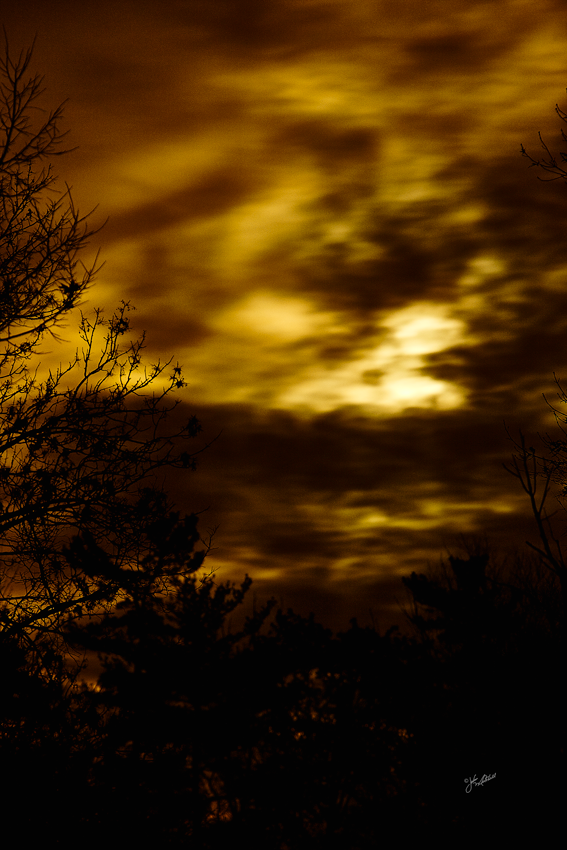 Like many times in the life of a photographer, the image you planned isn’t the one you get. Sometimes it’s better.