In the twenty-five years that I had my studio on King Street in Preston I spent many November 11ths photographing the Remembrance Day service at the cenotaph just down the street. It always began with the parade from the Legion to the cenotaph. This was often one of my favourite parts, especially if the parade included our famous Preston Scout House Band.  It ended as it began with a parade back to the legion.

Watching our war vets march was always a humbling experience, especially as the numbers dwindled in recent years.

It’s a brotherhood like none other. It’s something we mere humans just can’t understand. This brotherhood is reserved for super heroes. Unless you have depended on your brothers, and yes sisters, to save your life and understood what it is like to be willing to sacrifice yours for them, then you just can’t appreciate the depth of comradery they share.

On this day the Scout House Band formed on Argyle Street marched off the parade of vets, returning them to the Legion. I photographed the band followed by the vets as they marched down Duke Street. As they passed I turned around and saw this. 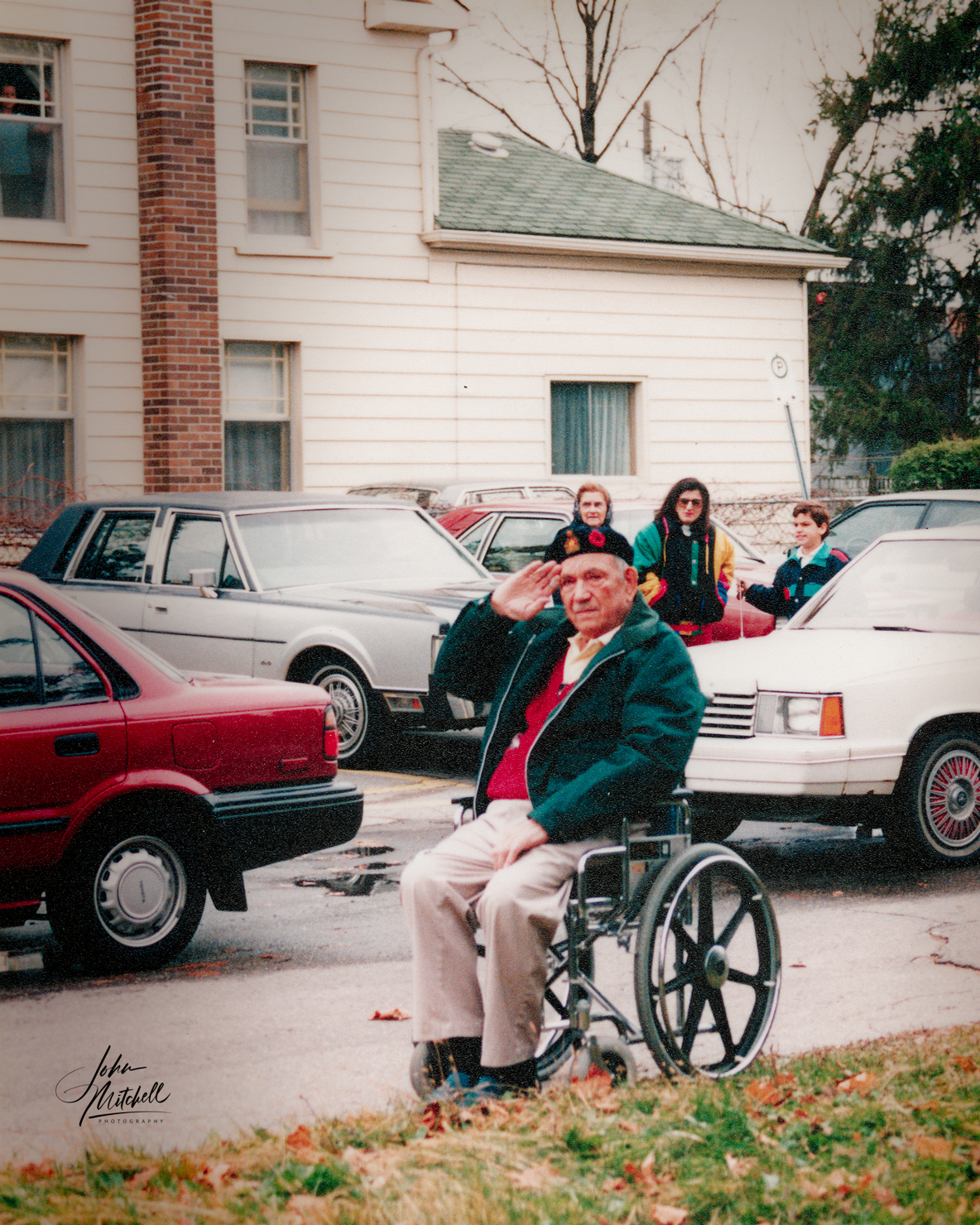 One image that said it all.

Please remember the men and women that continue to STAND ON GUARD FOR THEE. This year please send a few extra Christmas cards to our brave armed forces who will miss being with their family this Christmas so we are GLORIOUS AND FREE to share the holidays with our loved ones.

Please send the cards to: