Here it is July 8th 2017 and Canada is in its 151st year. Last weekend was the Canada Day weekend.  Did you celebrate?

There were a lot of activities across the country to partake in. Personally, I avoided the crowds and went to a show with my wife. Before that I did make a quick pass by a number of the activities here in Cambridge.

As in past years Canada Day celebrations in Cambridge centered around Riverside Park.

The park is the largest and probably the most used in the city if not the entire region. It is one of our true gems. 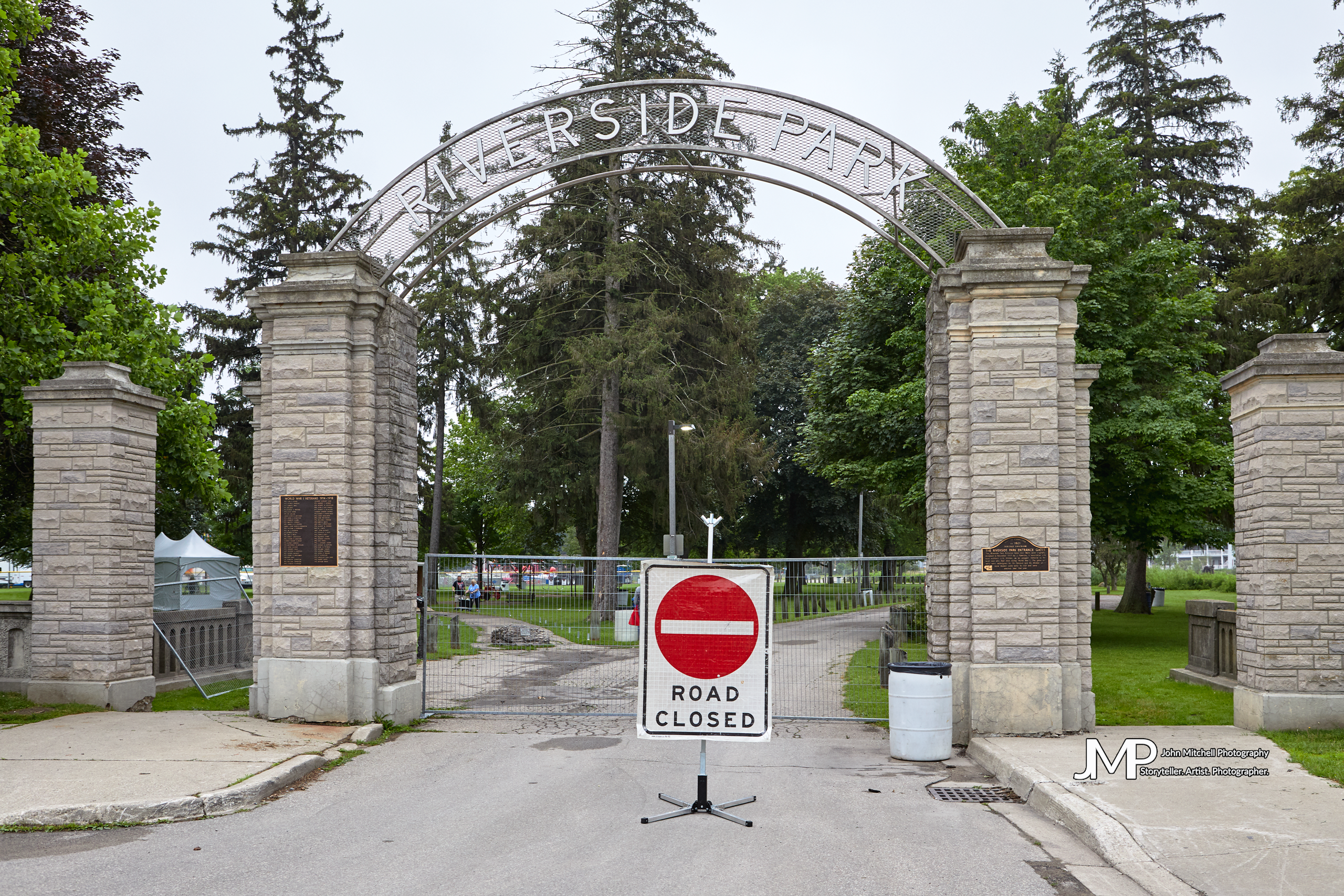 Early in the morning the access to “ring road” had already been closed. Crews had worked through the night to block parking areas and access points to make traffic control easier on Canada Day.

Inside the park a small midway had been set up and vendors were scrambling to get their displays open for the crowds that would arrive soon. 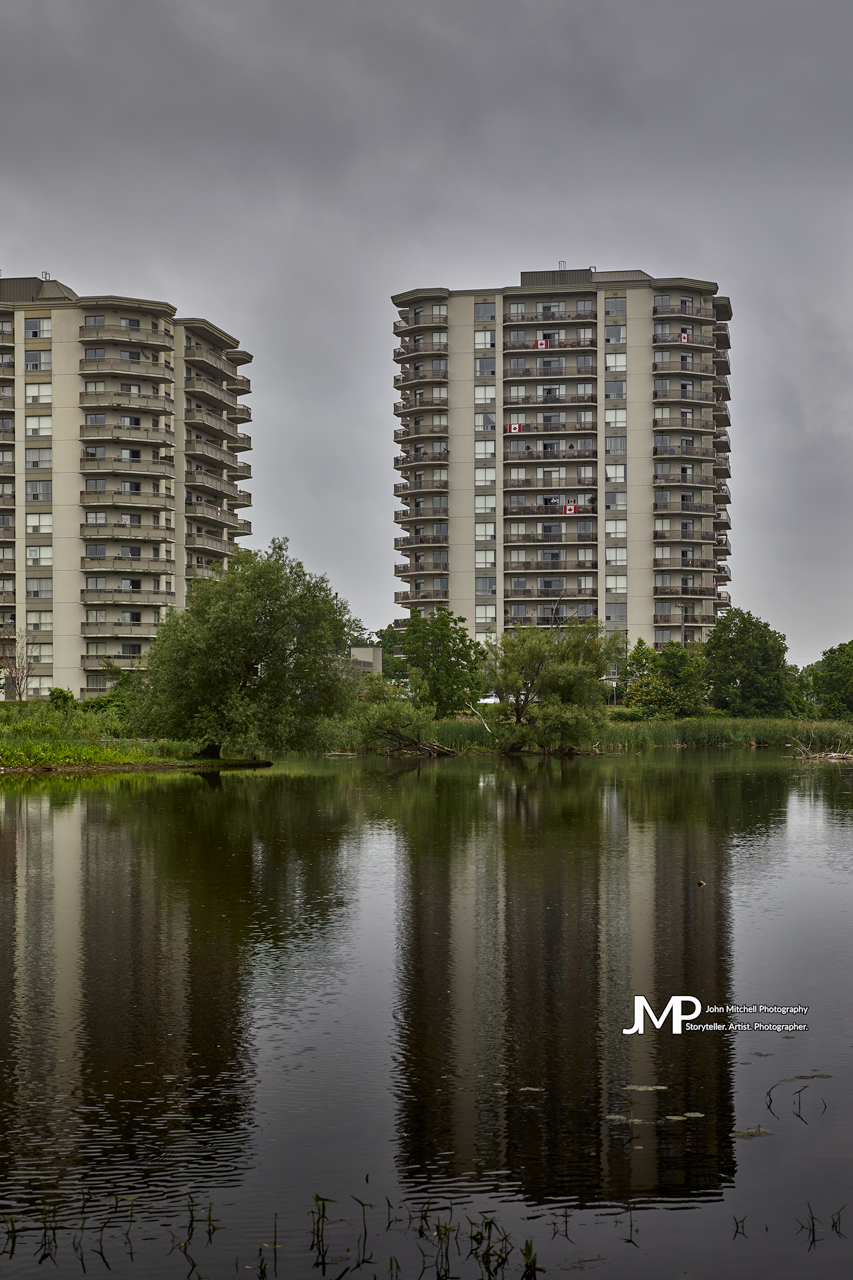 The mill pond was a beautiful relaxing site as always. Many of the apartments on Eagle Street had flags and banners on their balconies in celebration of Canada’s 150th birthday

The river was already lined with anglers when I arrived for the fishing derby put on each year by the Kinsman Clubs in the city. Let’s hope there will be many more derbies ahead and that we will have a millpond for future generations to fish in. As I watch I’m not sure who has more fun; the kids fishing or the parents helping. Like many people that grew up in Preston I have fond memories of fishing in the Speed River. In my day one of the favourite spots was the mill pond above Pattinson’s Dam and the faster moving waters just below the dam. That dam no longer exists and neither do those favorite fishing spots. You don’t see people fishing in those areas anymore because the river is too shallow and too narrow. 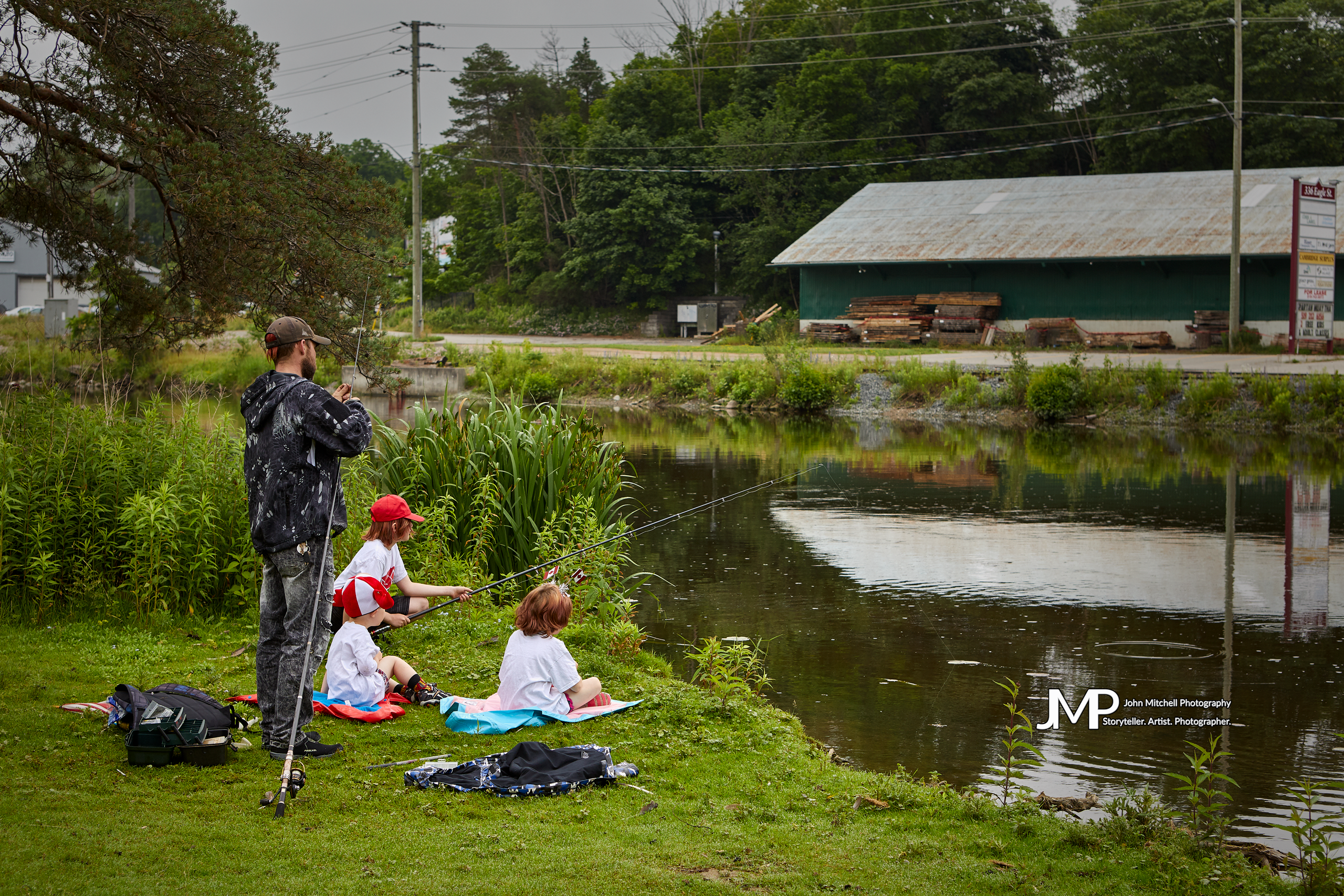 The “fishing derby” is a family time event.

I have to wonder who is having more fun; the kids or the parents. 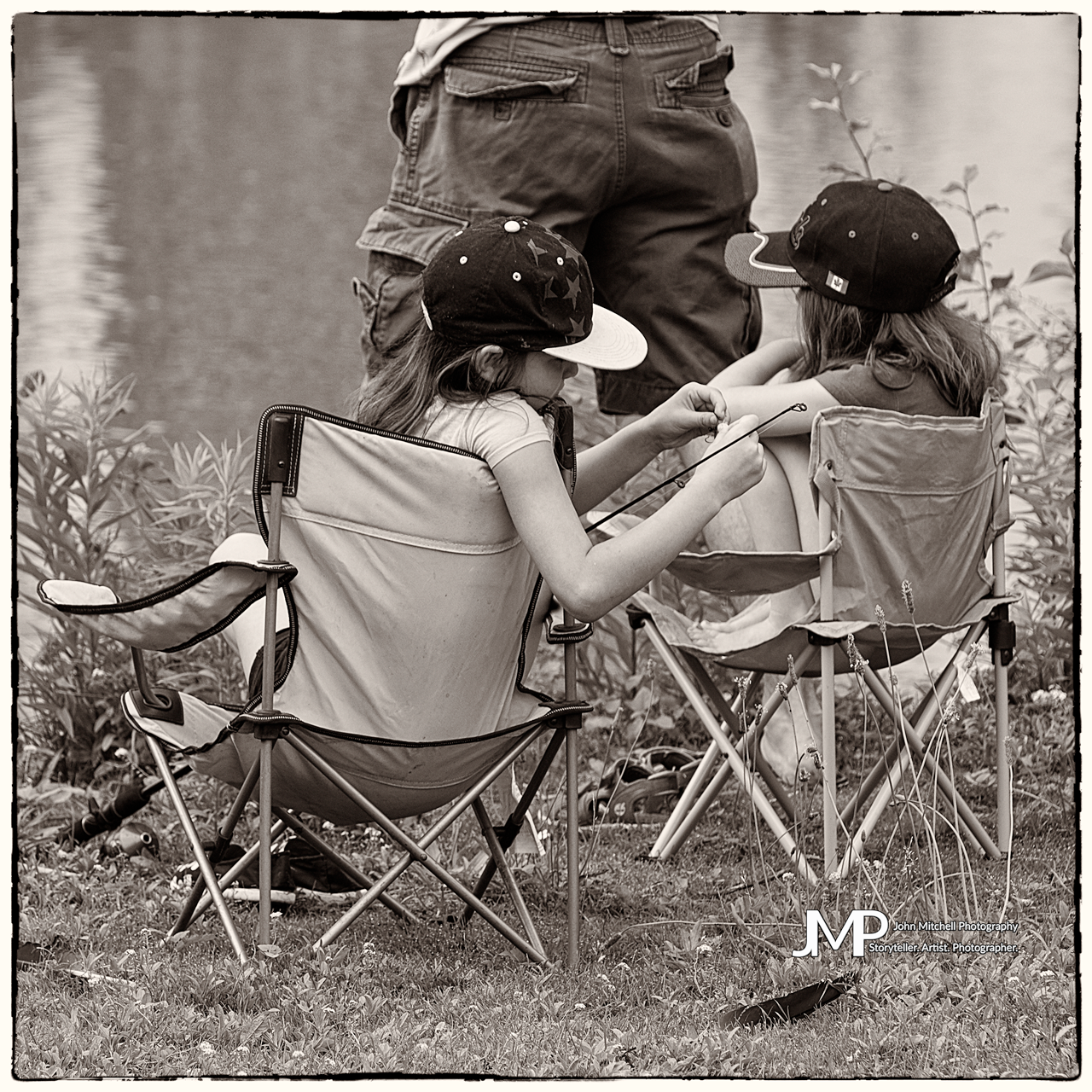 This is where the next generations learn about bating a hook and the relaxing time shared with friends and a fishing pole. 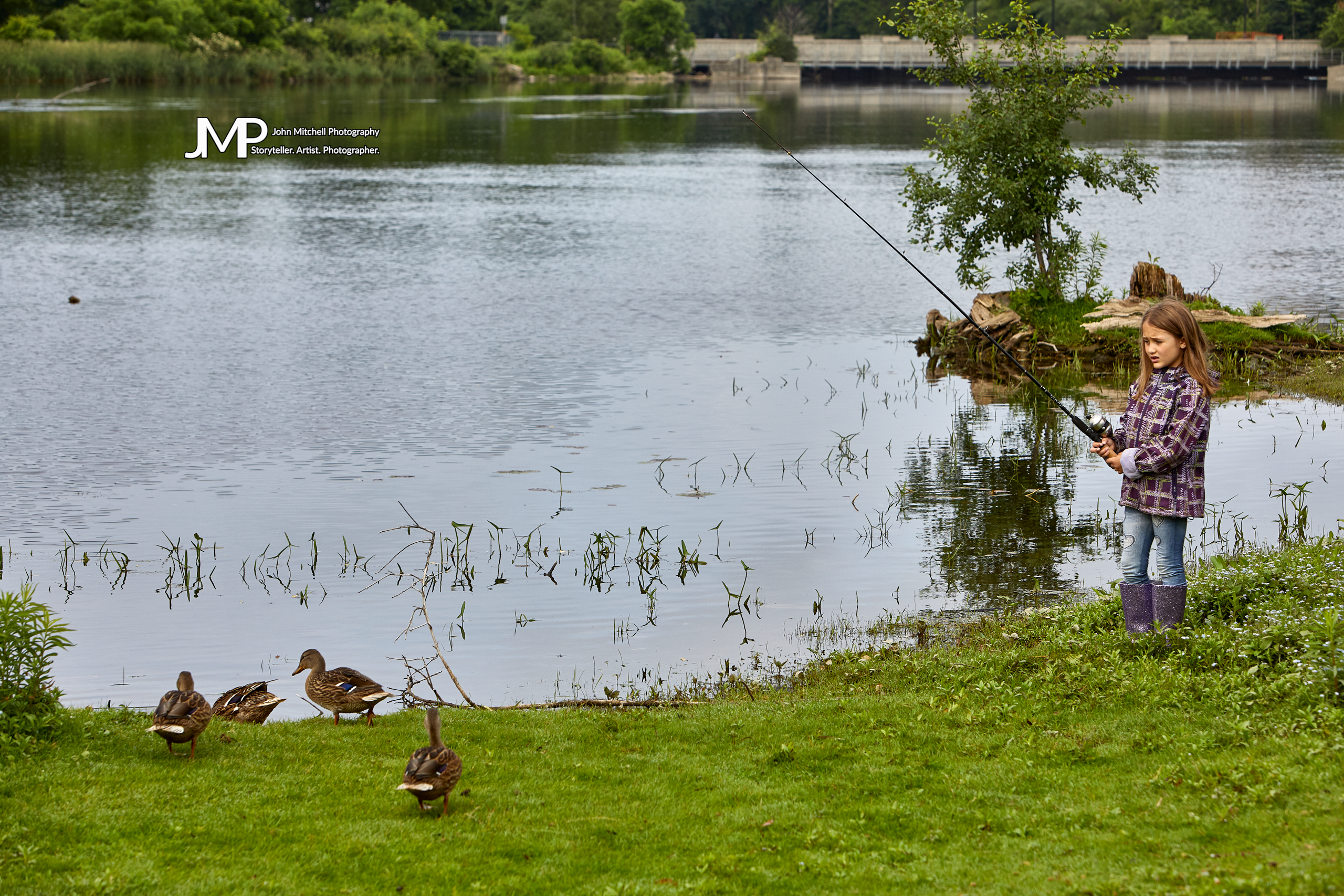 Watching kids learn about nature and how quickly a family of ducks can become a distraction just makes one feel good as it brings back memories of when we were that age. 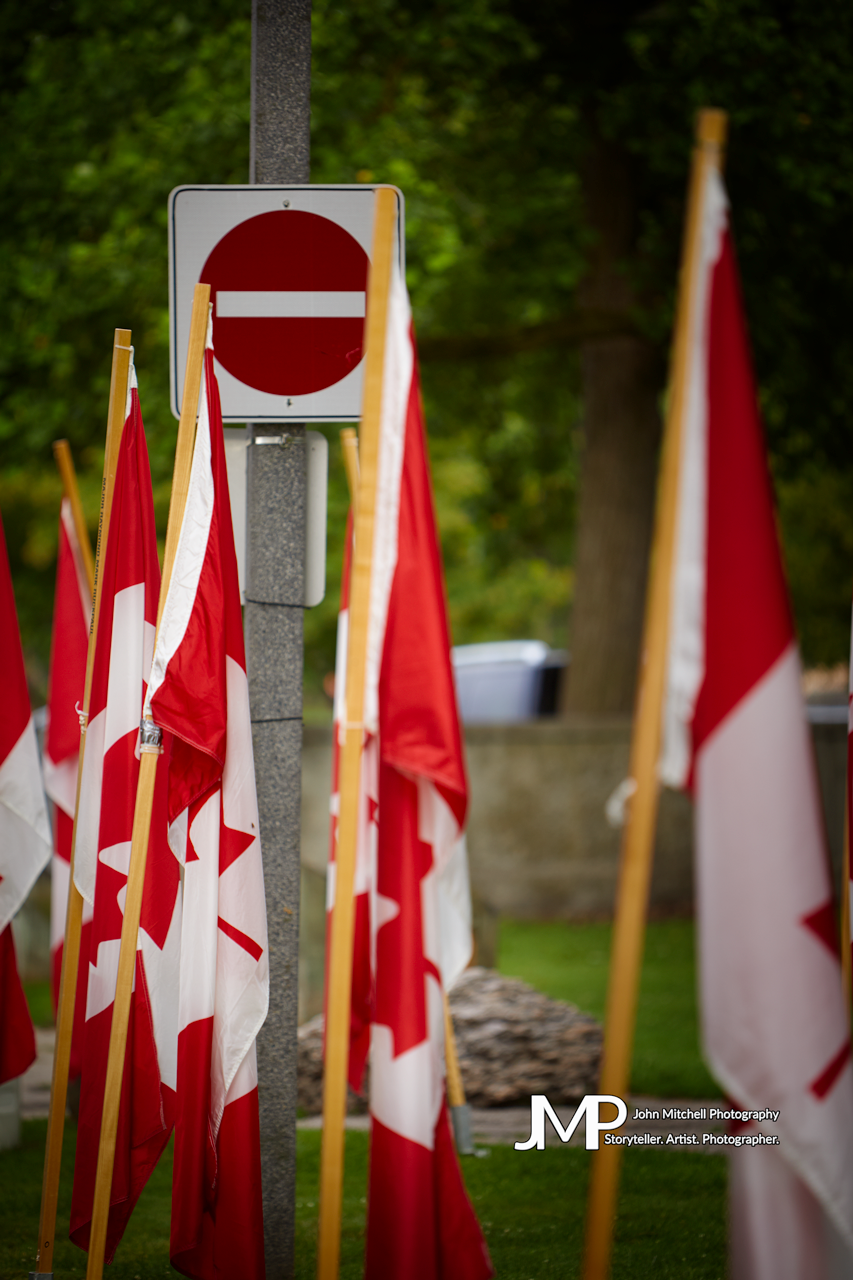 As I wondered back to the car I noticed a row of Canadian flags with a “Do Not Enter” sign at the end of them and couldn’t help but wonder if that was ironic or iconic.

Meanwhile there were activities taking place at city hall and the Cambridge Farmer’s Market.

I took my camera and worked my way to downtown Galt area of Cambridge. Unfortunately by the time I got there much of the festivities were done. I missed any speeches but there was still some cake being handed out and lots of people were milling around in the “Farmer’s Market” checking vendor’s wares. In the square in front of city hall children were playing with paper airplanes, running around having fun or checking out the Firehall Museum next door. 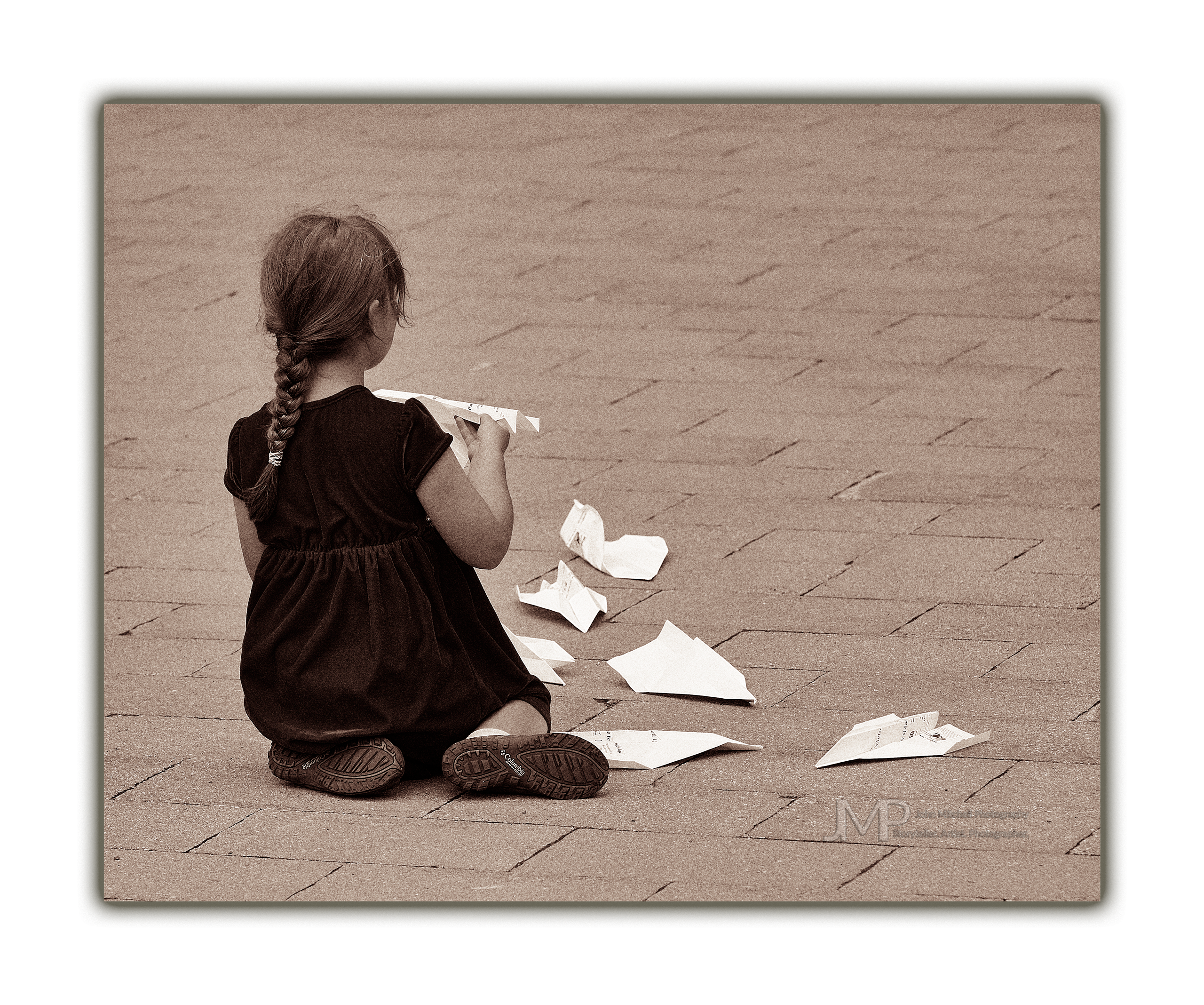 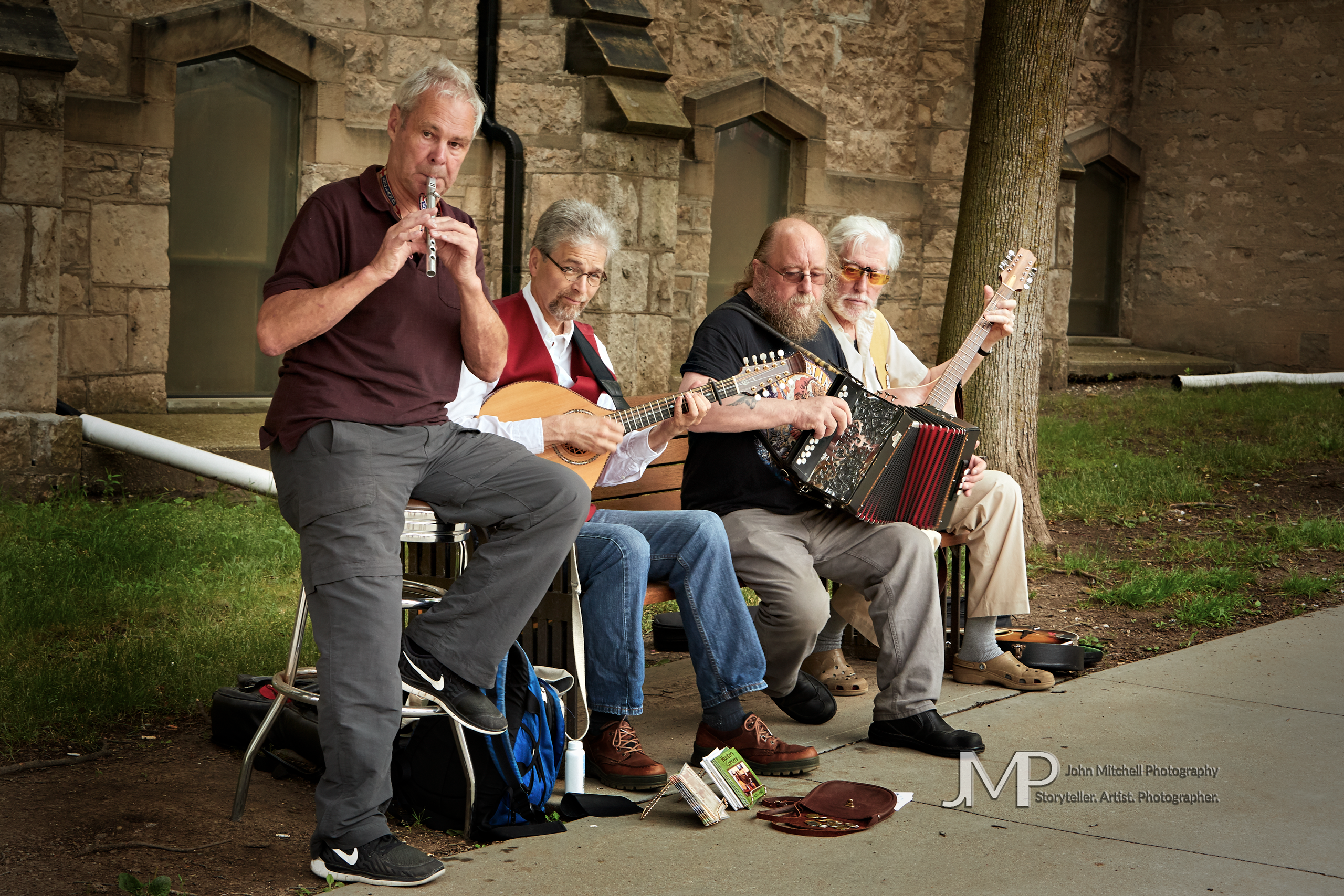 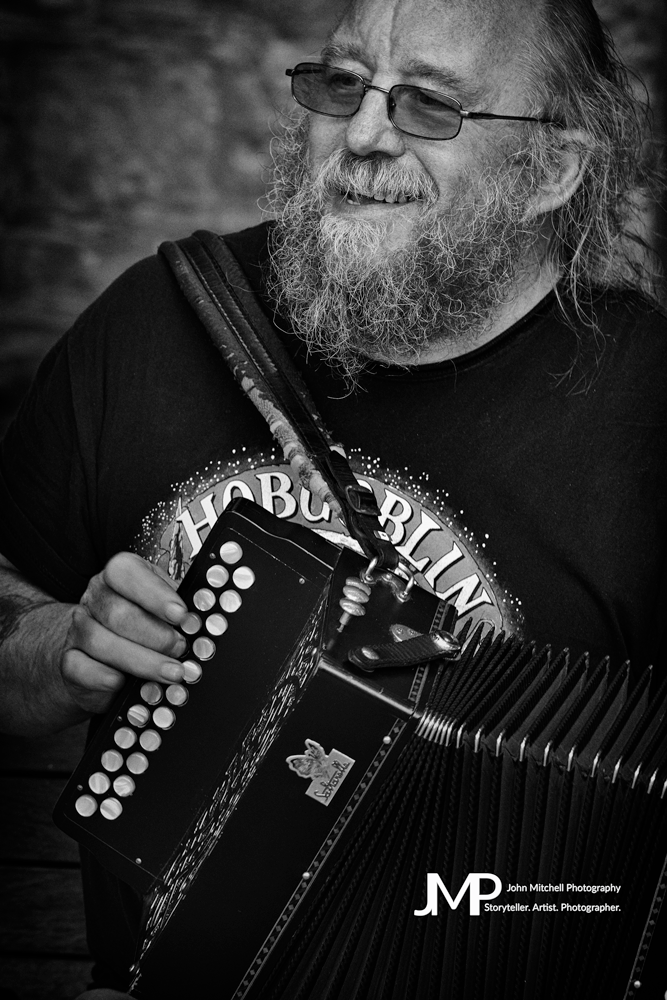 Musicians were playing to the amusement of shoppers at the Cambridge Farmer’s Market. Their music had as much character as their personalities.

involved some time on the golf course. It’s where I try and enjoy the view, the scenery, the wildlife, and the game. It’s a time for personal reflection. 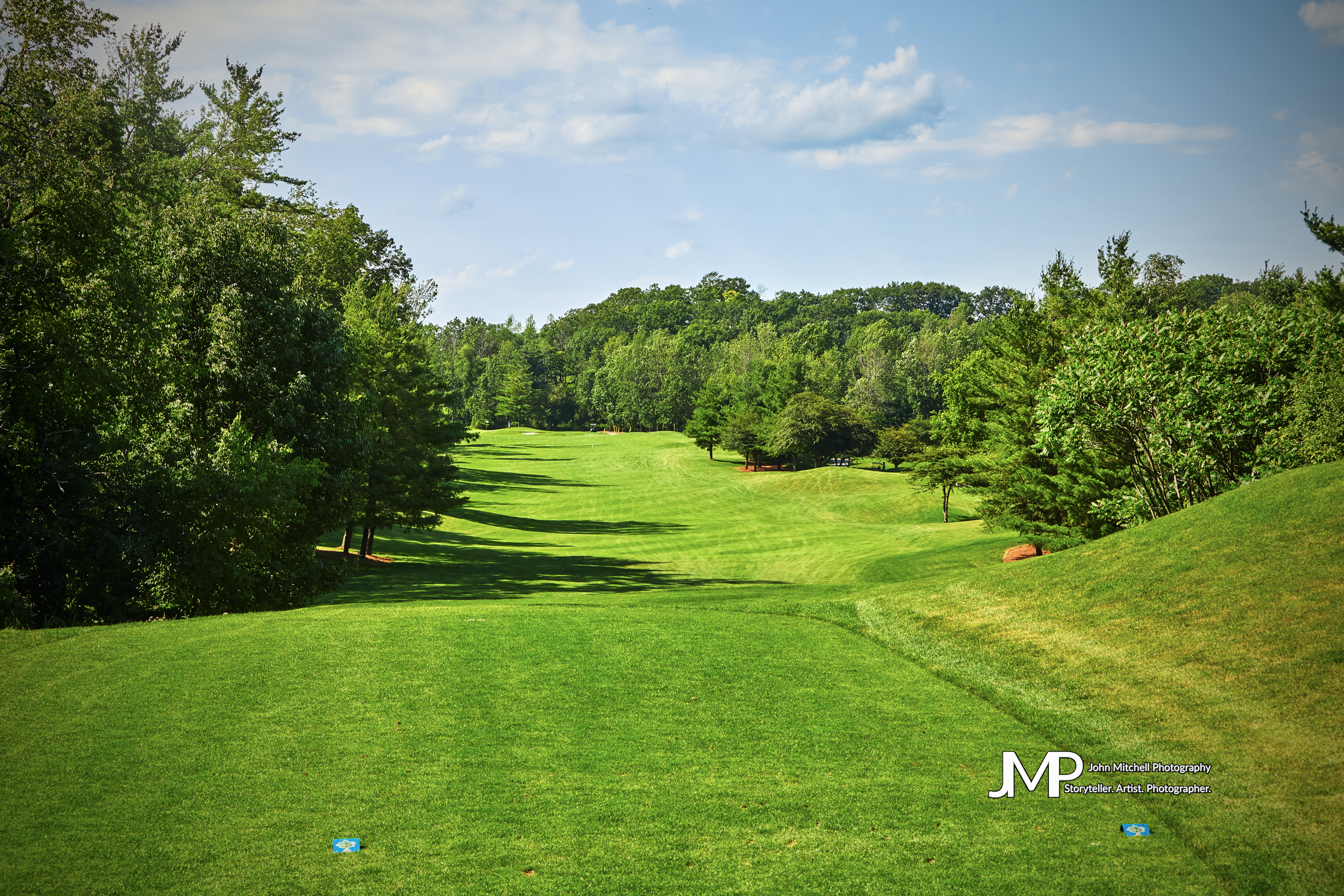 The second hole is long (590 yards) and challenging. I’ve never had a bird here but have seen Robins, Cardinals, Red Wing Blackbirds, and the odd Blue Jay. If you open your ears and shut off your mind the music is a symphony of nature. 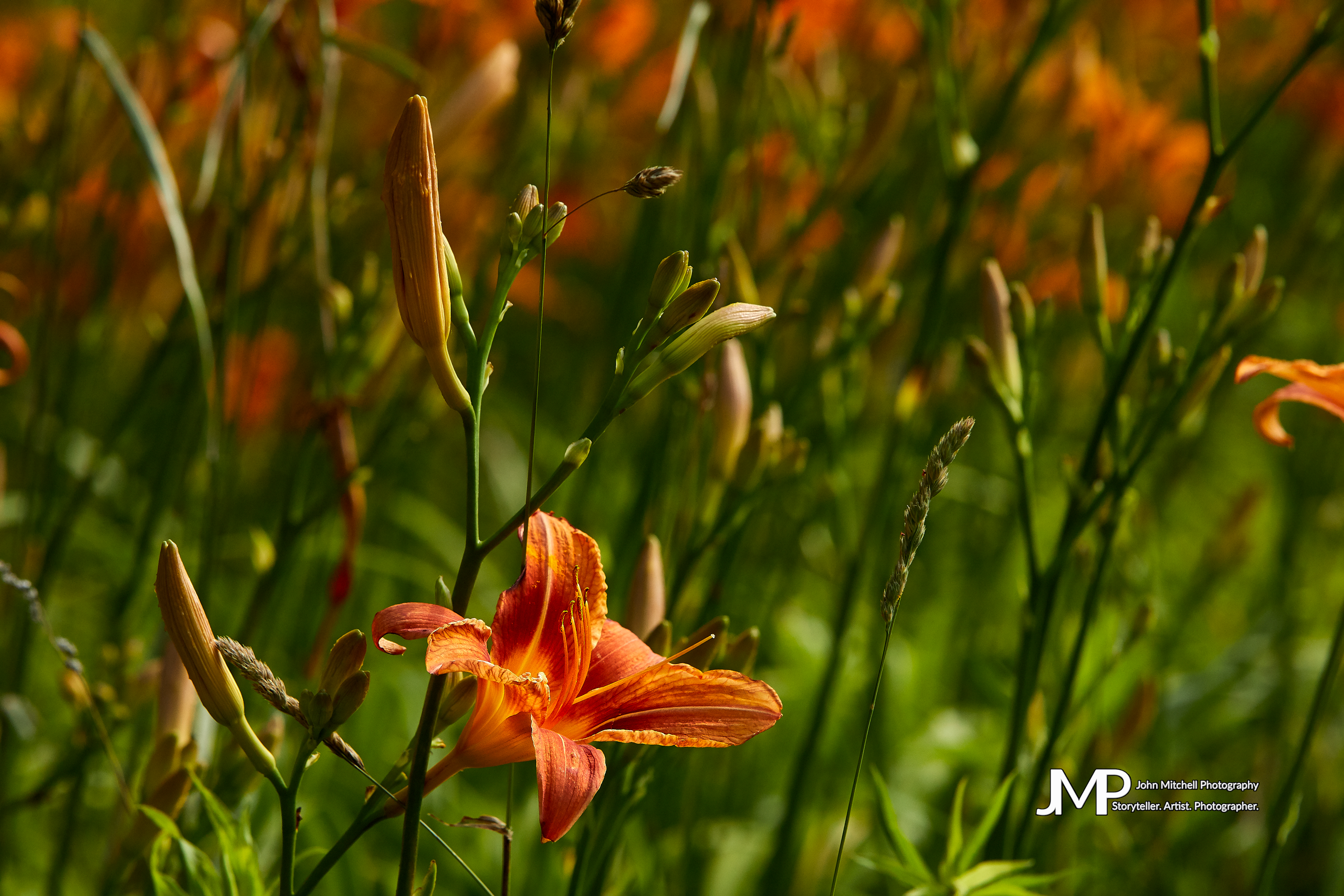 Weeds are mere flowers that grow where they weren’t cultivated or wanted, yet I would hardly call these lilies around the fourth tee weeds. It’s more like mother nature’s majestic handy-work. 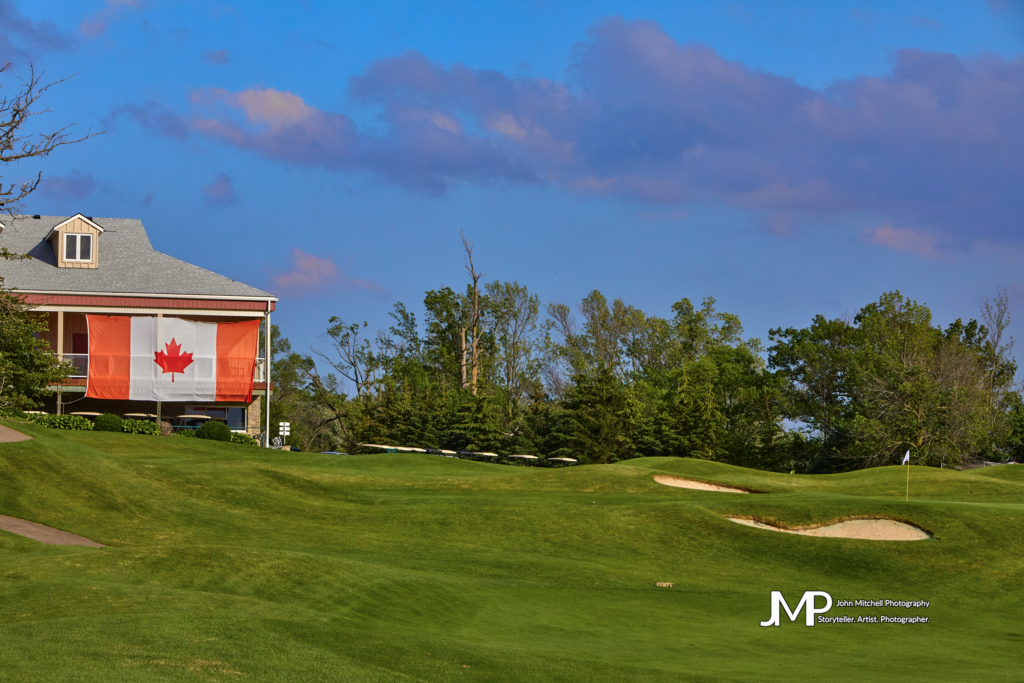 As you approached the ninth green you were reminded of how lucky we are to be Canadians.

Looking back on the 8th hole from the 9th you have this magnificent view of other golfers crossing the bridge on the previous hole. 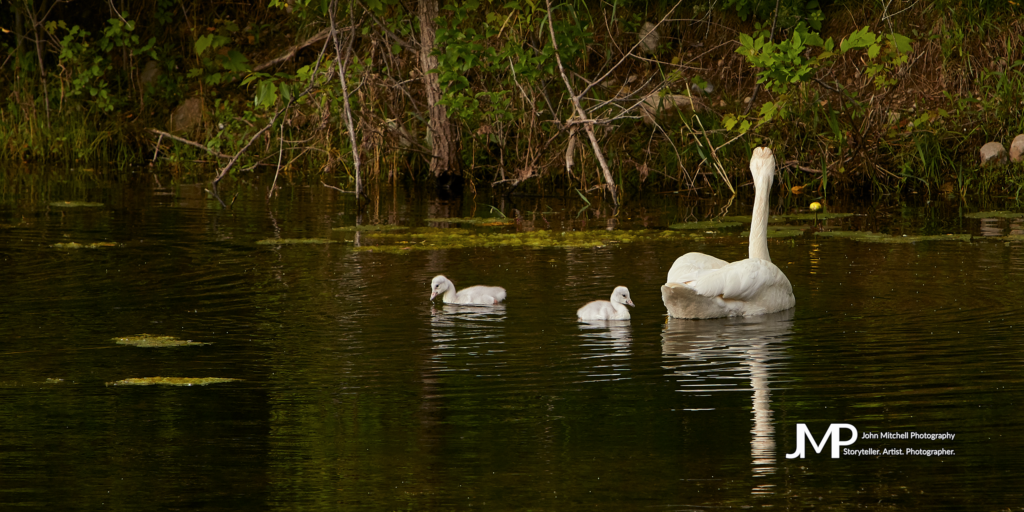 For what seems like weeks the swans have been sitting on a nest. This past week they were introducing the golfers the their new family. It is fun to watch them and see how protective they are of their young; not entirely unlike us humans. 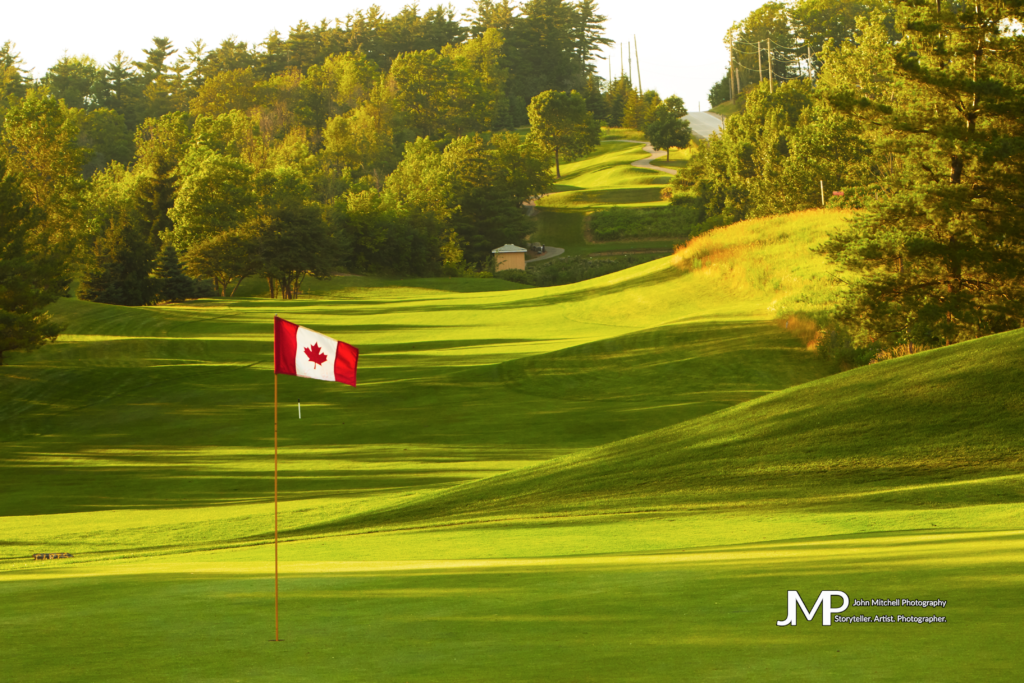 From the back of the 18th green you have this amazing view of the beauty that is Canada.

That was my Canada Day weekend. I hope yours was as relaxing and enjoyable as mine.

Canada Day isn’t just a holiday. It is a time to reflect on  both present and past generations that have given the ultimate sacrifice that we may enjoy the freedoms that we too often take for granted. 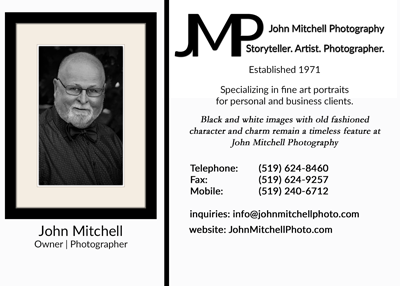 This entry was posted in Community, What I See and tagged #StorytellerArtistPhotographer, John Mitchell Photography.