Photography at the 120 Club

I have a very talented friend who performed a one man (plus accompanist) show at the 120 Club in Toronto on May 19th, 2019.  Reid asked me to photograph the show to get a couple images for promotion of possible future shows.

I am a portrait photographer who believes in posing. Performance photography took me right out of my element and comfort zone. Right up front I was informed “there are rules: no flash and you can’t move around.” (So I guess that means I can’t stop the show to pose you or fix your shirt, huh?) Well at least I knew what I was getting into.

Getting there in advance, finding a location with angle of view without blocking the audience’s view was step one. Accurately measuring the stage lights and determining the ideal exposure was stage two.

Taking away my options of controlling the light and the pose had its advantages. I gainedthe freedom to  focus on the subject and the expressive moments that tell the story.

In Reid’s usual humour the show was called “Thanks, we’ll get back to you… (The roles I’ll never play.)” Whether for reason’s of gender, age, build or whatever, theatre is one of those places where discrimination still flourishes. Once you’re cast,  you’re type cast and that can be difficult to break free of.  The result is a long list of parts and songs that you are just never going to have the opportunity to play. And from that list came this show where a 60 plus year old man sang such songs as Hair. 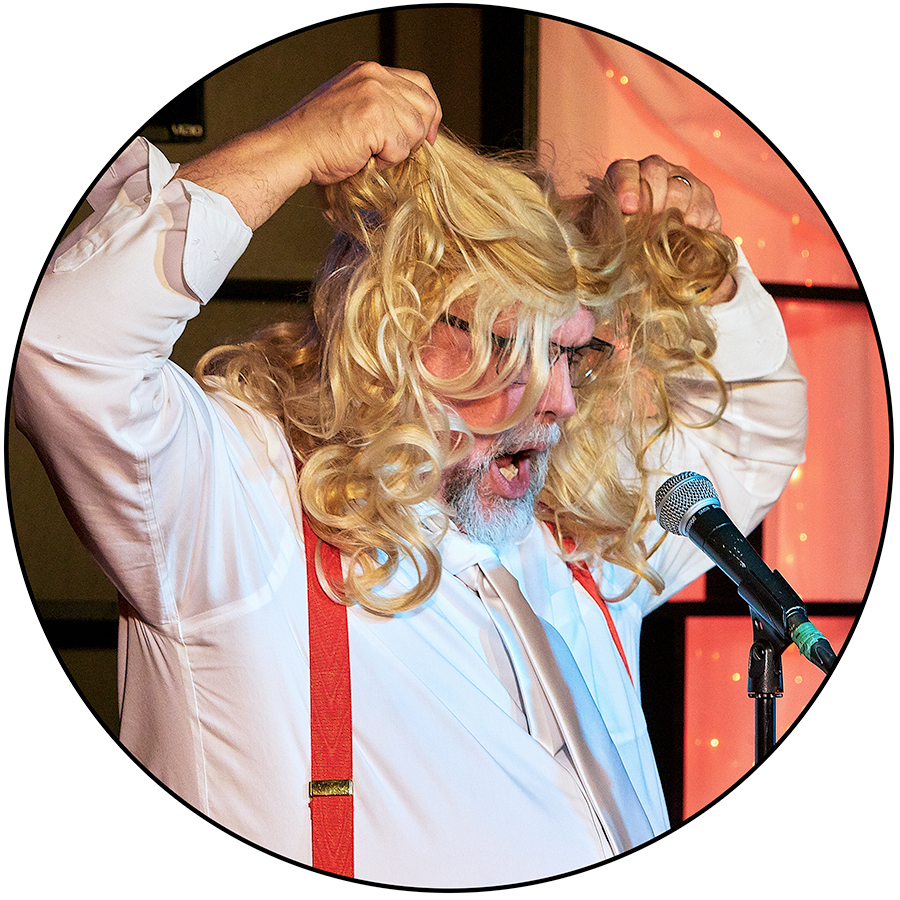 It was fun and enlightening watching my friend on stage. He loves to sing, and it is so easy to see this in his expression as he serenades the audience.

I have witnessed several professionals at work and whether they are musicians, actors, or taking on the roll of Master of Ceremonies at some community event, the really good ones have one thing in common: it doesn’t look rehearsed. Behind the scenes I have seen them read and re-read their lines, make notes in the margins, scribble out an entire paragraph and cross out another, and then go on stage and make it all look so natural. As I watched the interaction and timing between Reid and his accompanist David Warrack. It all came across looking “oh so natural.” 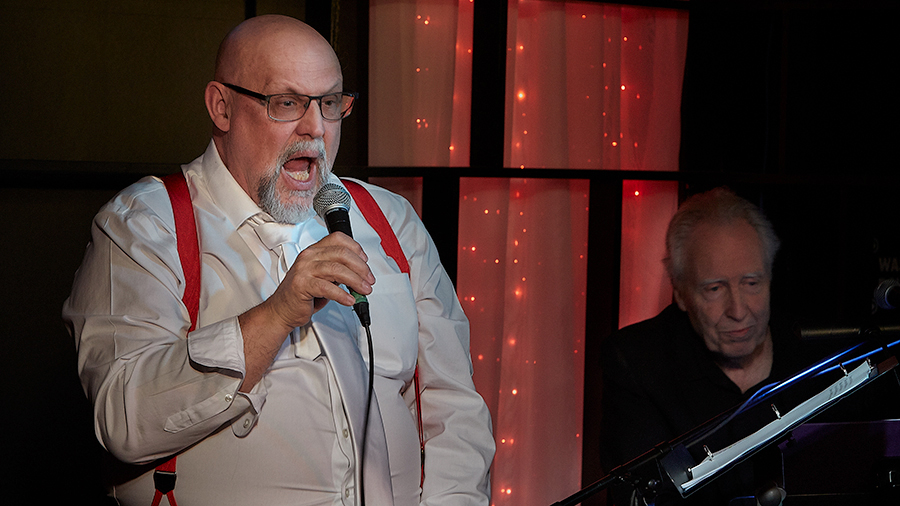 But, I can’t get side tracked. My job is to get images that record how great the performance is. At times I was leaning so far I thought I might fall out of my shoes as I tried to get the perfect angle from my assigned perch. Here are a few images that I particularly like. 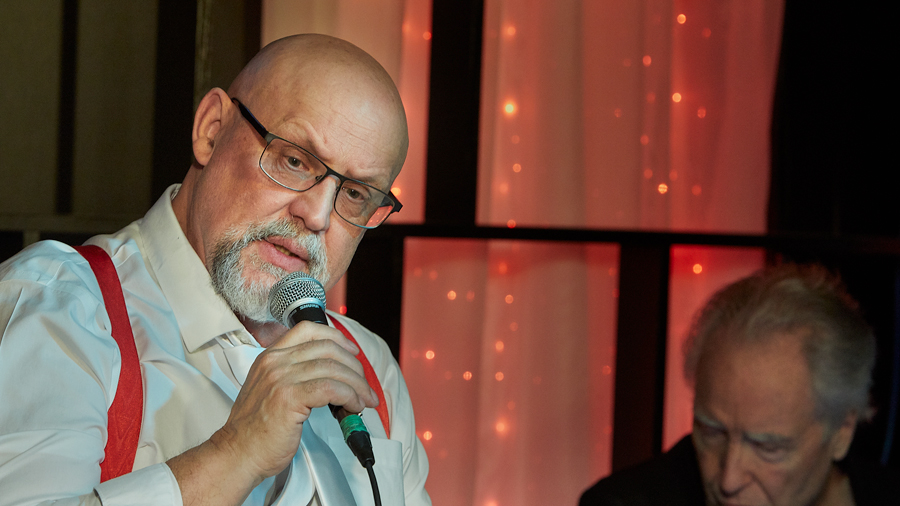 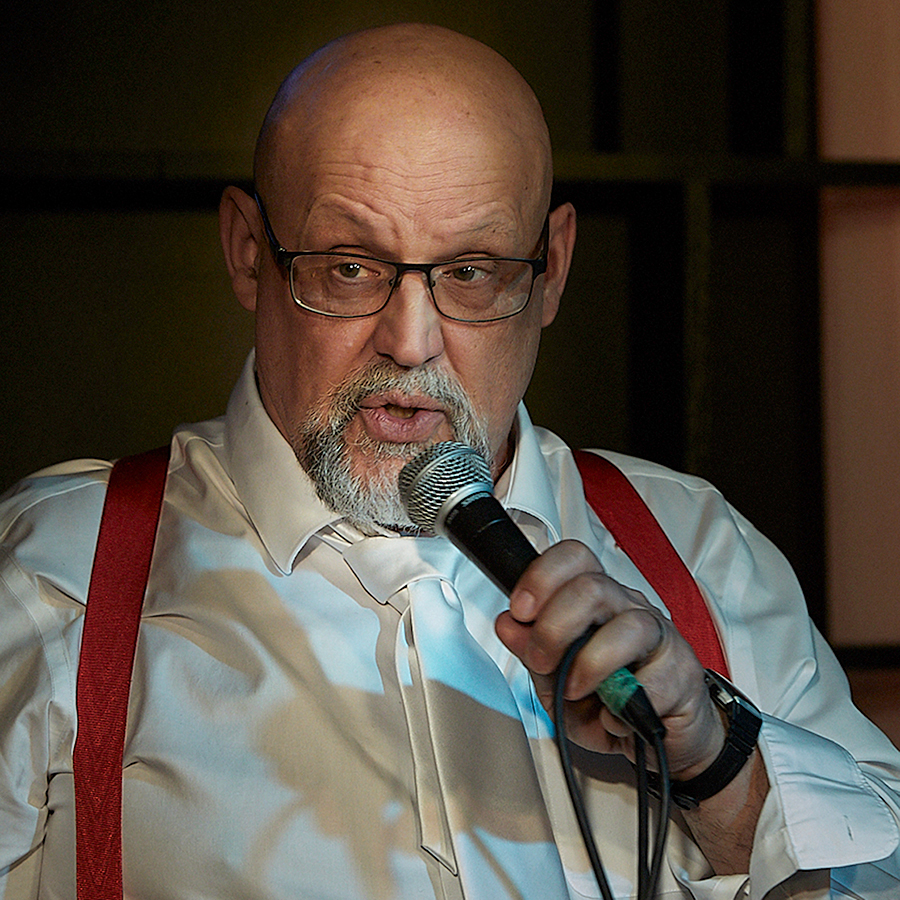 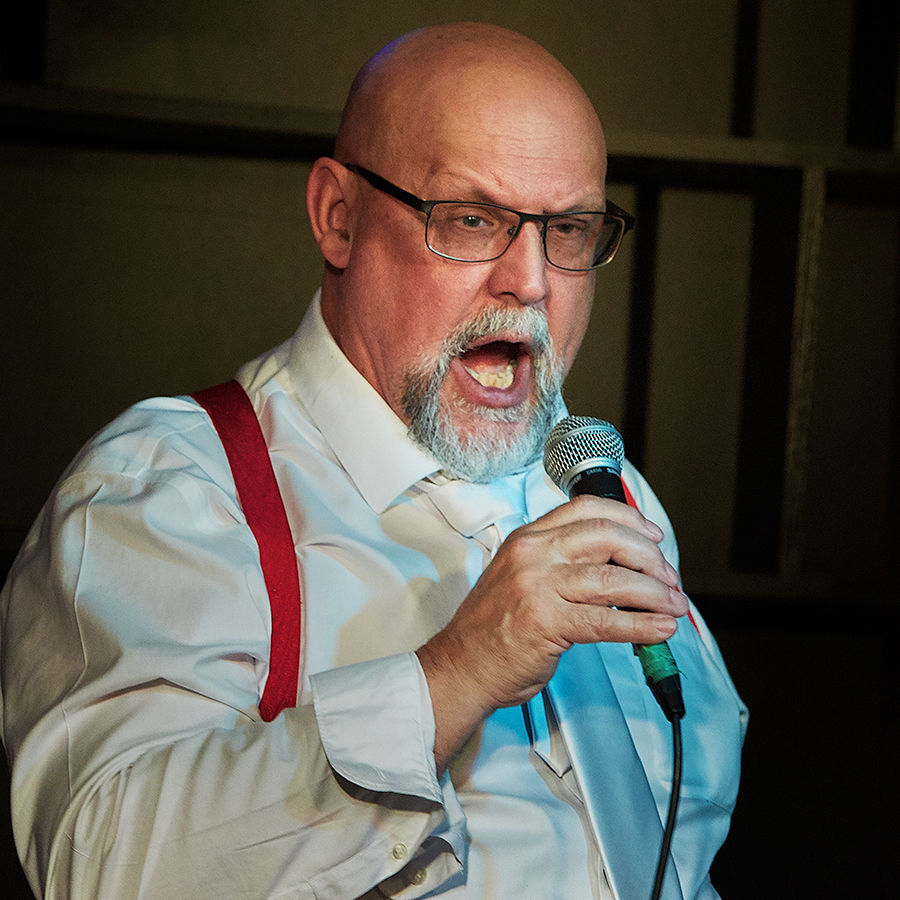 As I was shooting I became well aware of a great image that would require me shooting from beside the stage. An opportunity arose between songs for me to quietly slide from my perch to the side of the stage and there wait for the moment to capture this image of a real professional on stage. 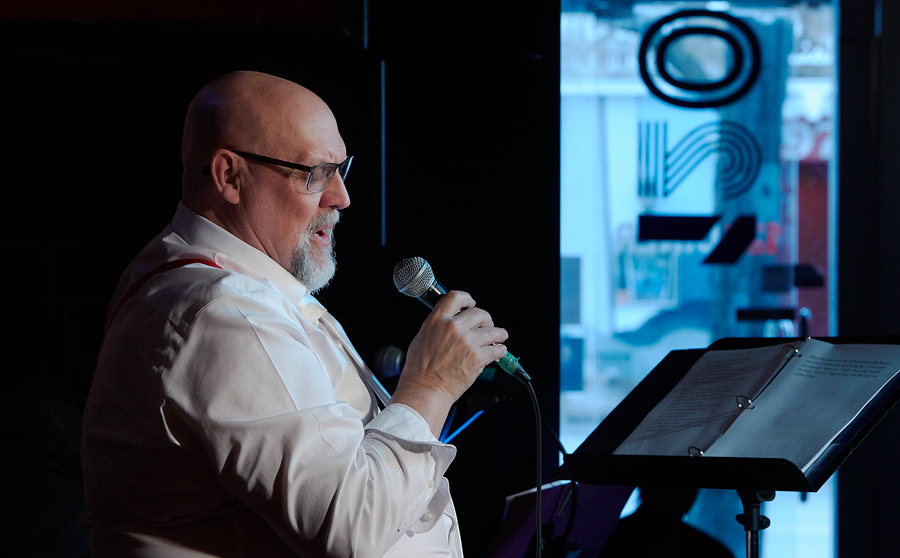 I don’t know what shows there will be going forward but you can be sure that I will be giving them a much deserved plug on my social media pages when they happen. You won’t be disappointed if you catch Reid Spencer performing at a venue near you.