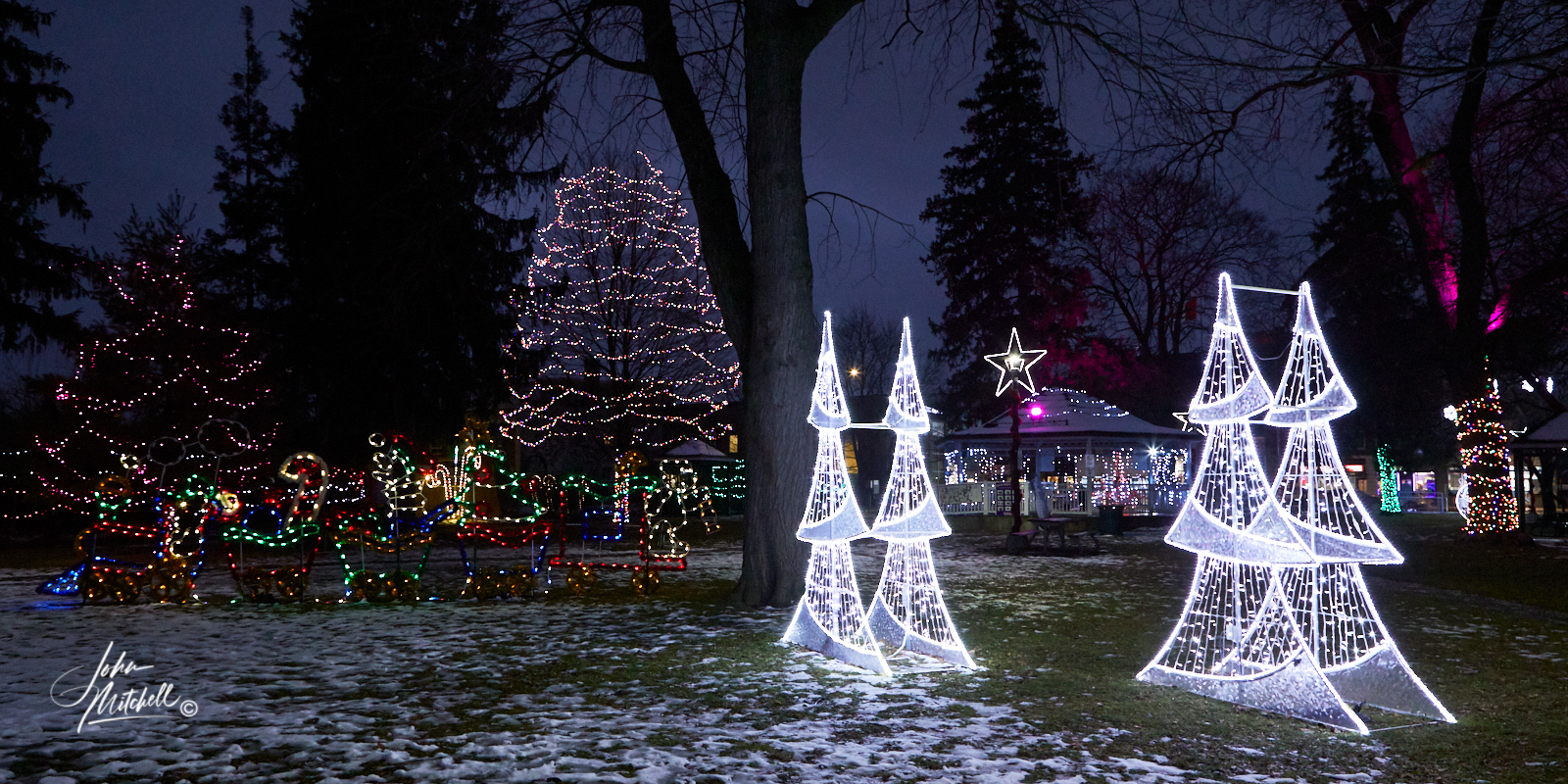 Christmas in a pandemic.

How does an institution like Christmas survive without the traditions we all associate with the festival? Or does it?

Preston is a small town in an amalgamated city and just happens to be where I grew up. Like small towns everywhere, it has habits that are now part of its legacy. Some are old, some not so old. 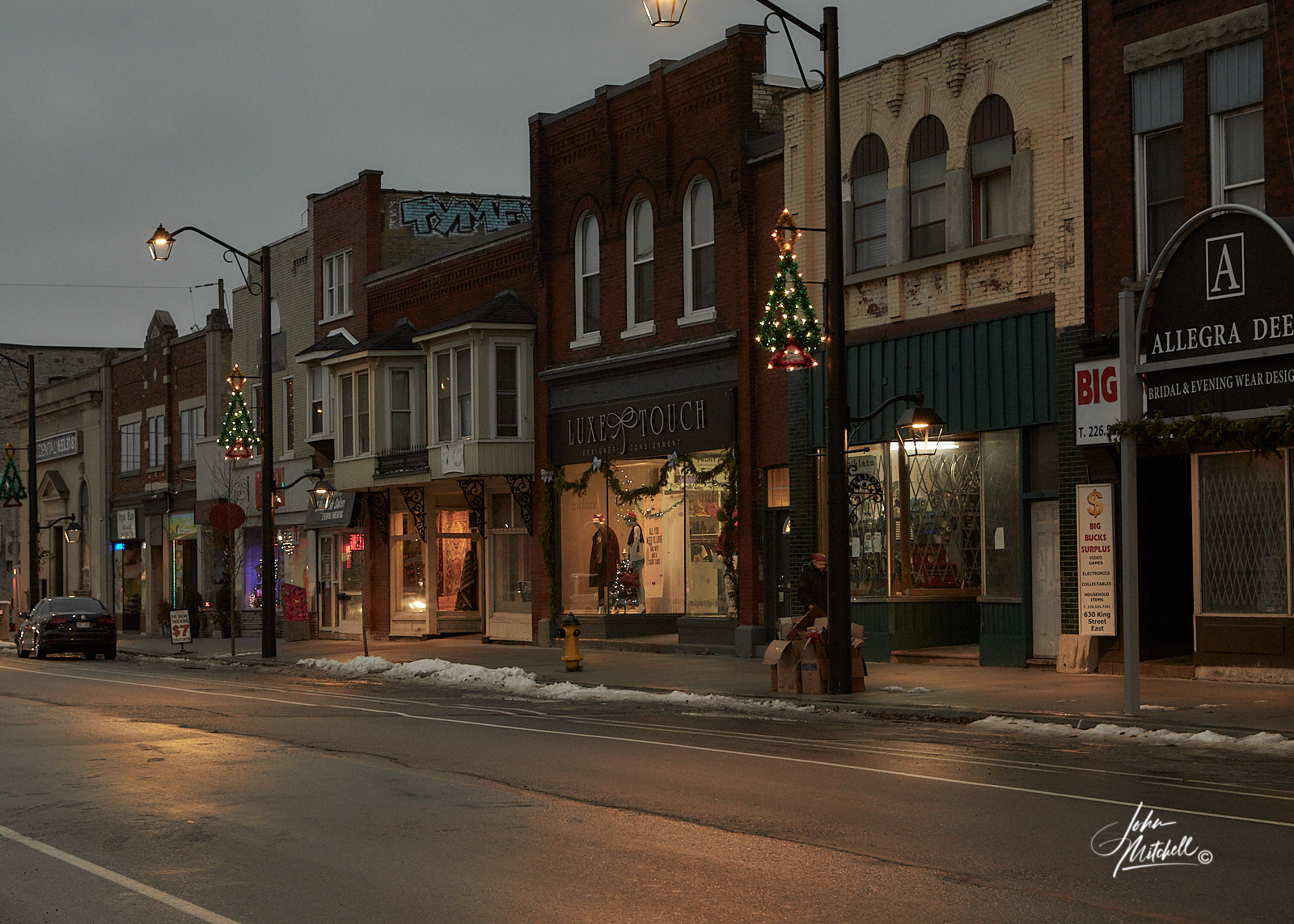 Gathering in Central Park is among those traditional habits. As a boy, I remember going to Central Park on a Friday evening after grocery shopping to listen to a band concert. My favourites were when the Preston Scout House Band was playing. Many of those traditions seemed to die away during the ’70s and ’80s of the twentieth century.

Then in the ’90s, a feeble effort began to revitalize the downtown cores. Central Park received recognition for the jewel it is. A co-operative effort of the City of Cambridge and the Preston Business Improvement Association (BIA) decided Central Park was the perfect location for a Christmas festival of lights celebration. Not only would there be a light display, but on the first Saturday of December, children could visit with Mr. and Mrs. Claus and participate in outdoor games. It would be called “Candyland.” 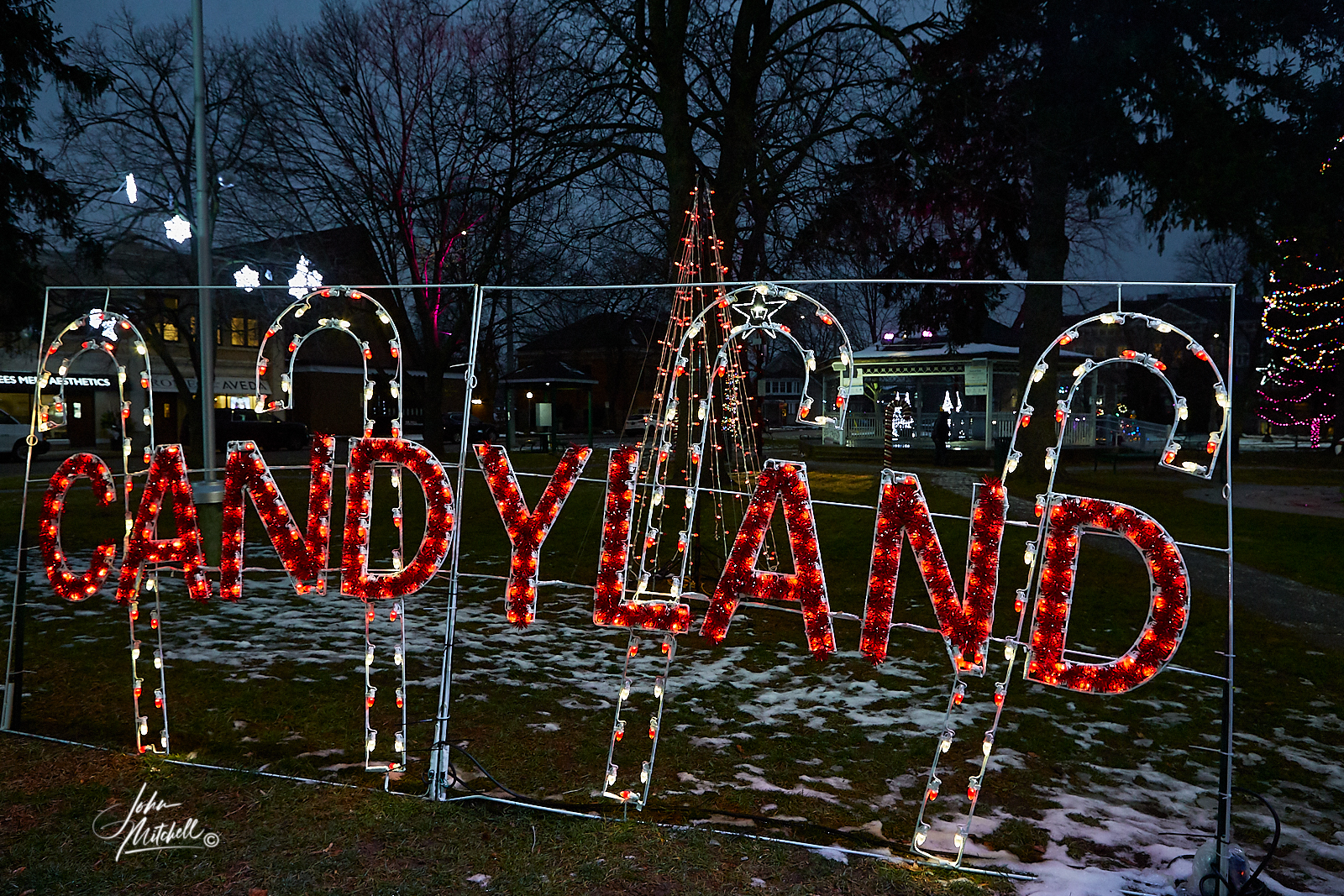 Mother Nature didn’t always co-operate, and many years snow and ice-blocks had to be trucked to the site. Over the years, the light display has grown. The games have changed.

The spirit of Christmas lived in the park on that one Saturday in December. Squealing kids ran throughout the park while being captured on mom and dad’s i-phone. The kids made new memories while the parents reminisced about old ones.

In the year of the pandemic, the lights shine brighter in a silent park, gleaming hope of the return of young voices excited with anticipation of old St. Nick’s magical visit.

Somebody reduced our heritage to a pile of scrap